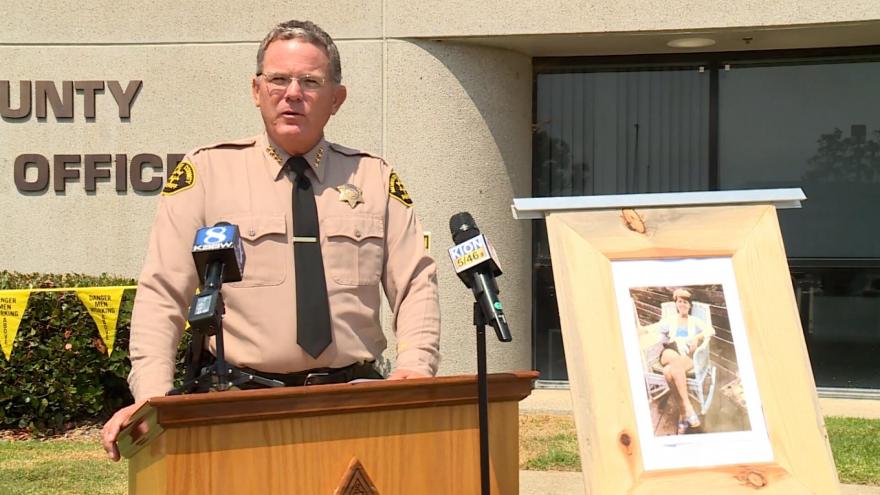 The Monterey County Sheriff's Office holds a news conference on the arrest of a suspect for the killing of Sonia Carmen Herok Stone in 1981.

(CNN) -- Detectives in California have made an arrest in a 40-year-old unsolved killing after using modern DNA technology to test evidence from the case file.

Sonia Carmen Herok Stone was a 30-year-old single mother living with her daughter in Monterey County when she was killed in 1981. She had worked as a merchandiser for Levi Strauss & Company, the Monterey County Sheriff's Office said in a news release.

Her neighbor, Michael Glazebrook, was identified as a suspect in her killing and went to trial in 1983 -- but it ended in a hung jury and the district attorney decided not to retry the case, the sheriff's office said.

Late last year, sheriff's detectives and Deputy District Attorney Matt L'Heureux decided to reexamine Stone's case. They found several pieces of evidence that could be tested for DNA using technology that didn't exist in the 1980s, according to the sheriff's office.

"The items were sent to the Department of Justice DNA lab for testing. Detectives also obtained a search warrant for a new sample of Glazebrook's DNA," the news release said.

"Earlier this month we were informed that evidence from the Stone crime scene was a match to Glazebrook's DNA profile."

Glazebrook, now 65, still lives in Monterey County. He was arrested Saturday night and booked into the Monterey County Jail on a warrant for murder, with bail set at $1 million, the sheriff's office said.

As a tribute to Stone, the detectives wore Levi's jeans during the operation to arrest Glazebrook, the sheriff's office said.