Despite divides, Covid-19 vaccines are now as popular as Christmas trees 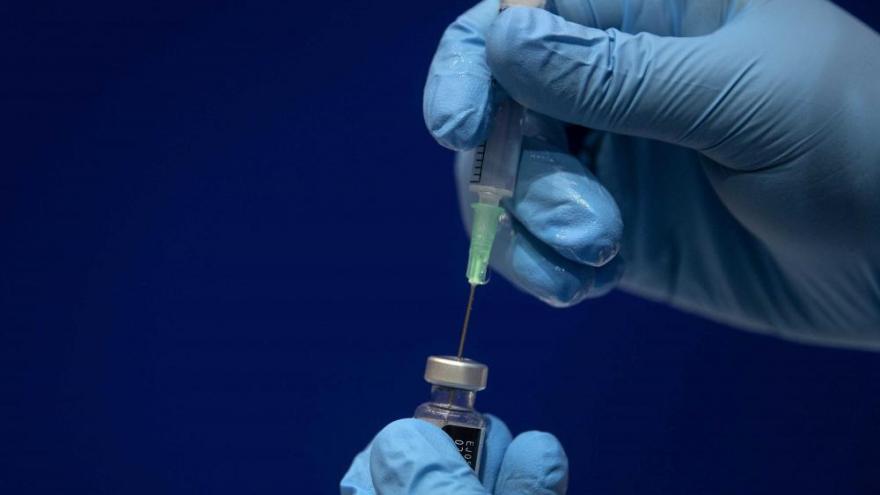 Sodium chloride is added to a vial of the Pfizer/BioNTech COVID-19 vaccine concentrate ready for administration at Guy's Hospital at the start of the largest ever immunization program in the UK's history in 2020 in London, United Kingdom.

(CNN) -- The American landscape is filled with divisive issues that split the country down the middle. But while a sizable portion of American adults remain unvaccinated, we shouldn't lose sight of the fact that the campaign to vaccinate Americans against Covid-19 has increasingly overcome the typical political divide.

Three-quarters of American adults have received at least one dose of a Covid-19 vaccine, and it's clear looking at the data that vaccine hesitancy has been slowly dissolving throughout the year.

To put this 75% in perspective, consider two popular things in American society: Christmas and household pets.

The Christmas tree is associated with the American landscape more than pretty much anything else during the holiday season. According to public polling, about 75% of American adults say their house has a Christmas tree (real or artificial) in December.

Americans also love their pets. They spend more than $100 billion on them every year. More American adults though have gotten a first dose of a Covid-19 vaccine than own a pet (about 60%, depending on the poll).

Right now, nearly as many Americans have taken a Covid-19 vaccine than considered Mother Teresa a hero (81%) a few months before she passed away in the late 1990s.

The idea that 75% of American adults would be vaccinated by September seemed a bit of a long shot at the beginning of January. Back then, less than 10% of the adult population had received a single dose. Kaiser Family Foundation polling showed that less than 50% of American adults would take a vaccine dose as soon as it was available to them. Only about 60% of Americans said it was likely they'd get a vaccine dose at all with 40% saying it was very likely in Axios/Ipsos polling.

In other words, the only way we've gotten to the 75% of American adults is by some portion of the vaccine-hesitant crowd at the beginning of the year being convinced to get a dose.

Just 20% of American adults indicated in the Axios/Ipsos poll this past week that they were not too likely or not likely at all to get the Covid-19 vaccine. That's a decline from 40% in the beginning of January.

An even smaller 14% say they were not likely at all to get the vaccine. This is down from 21% at the beginning of January.

Interestingly, the drop in vaccine hesitancy and resistance seems to be transferring to how parents feel about their children getting the vaccine. Over 50% of children aged 12 to 17 (i.e. those who are eligible to be vaccinated) have received at least one dose. This is about a 10-point increase from the beginning of August.

In Ipsos polling, only 25% of parents of children 12 to 17 years old now say that they are unlikely to get their kid the vaccine. That was 39% at the beginning of the summer.

Just 15% say they are not likely at all to get their kids the vaccine. This is half the 30% who said the same thing at the beginning of the summer.

The fact that the vaccine hesitant and resistant groups are getting smaller is perhaps the greatest sign of how the vaccination effort has broken the political mold. Opinions aren't frozen in place.

Look back at every election since 2000, and you see a fairly static country. The Democratic candidate for president has consistently gotten between 48% and 53% of the national vote.

And while there is a blue/red divide on vaccinations, no recent electoral map looks like the vaccination rate among adults. A majority of adults in every state (blue or red) have gotten at least one dose. There has not been a single election in the last 200 years in which a majority of voters in every state voted for the same candidate.

There's obviously still work to be done to convince as many holdouts against vaccination to get a shot, but the mountain isn't anywhere as steep as it looked at the beginning of the year.