Despite Covid-19 and stay-at-home orders, 2020 saw an increase in homicides across the US 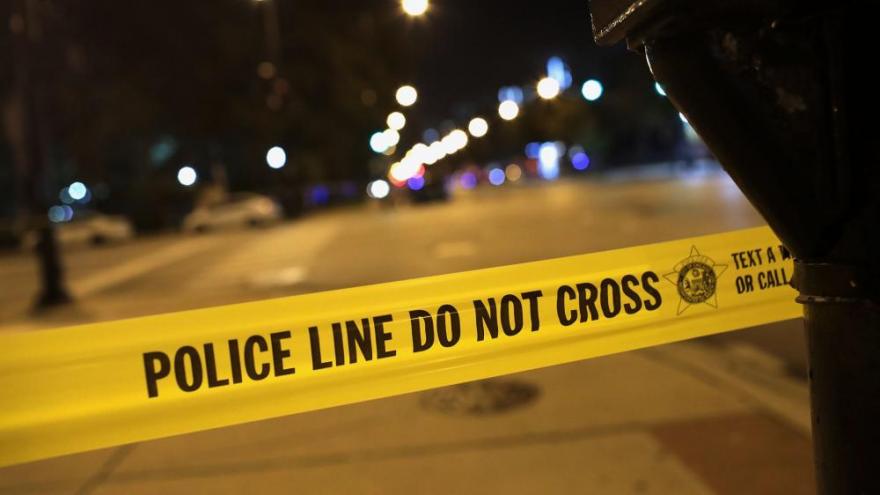 Despite less activity outside with the closing of businesses and schools, 2020 saw a dramatic increase in homicides.

Despite less activity outside with the closing of businesses and schools, 2020 saw a dramatic increase in homicides.

Between January and October, there was a 29% increase in homicides compared to the same timeframe in 2019, according to a November report from the National Commission on Covid-19 and Criminal Justice. As of December 27, some of America's largest cities saw dramatic increases as well, including Chicago (55%), New York (41%) and Los Angeles (30%).

The increase was due to a number of factors, criminology experts told CNN. The pandemic closed schools and businesses, leading to unemployment. This meant children and unemployed adults were stuck at home, which led to skyrocketing stress and anxiety levels, especially in lower-income homes.

The virus also changed the way police officers do their jobs -- because of illness and social distancing -- which in turn led to fewer officers on the streets in areas that needed crime prevention the most.

"I think Covid was the straw that broke the camel's back," said Eddie Bocanegra, senior director of Readi Chicago, a program that looks to aid those most affected by gun violence.

"It's almost like these communities were just having their heads above the water, and then Covid hit and they just sunk," Bocanegra said.

No connection between summer protests and homicide spike, experts say

While homicides increased, nonviolent crimes -- burglaries, larcenies and drug offenses -- decreased because many businesses were closed and there were fewer people on the streets, the report said.

Homicides began spiking in late May and early June, according to the report. This was the same time the death of George Floyd in Minneapolis sparked nationwide protests over the deaths of Black people at the hands of police.

However, the report said "the connection, if any, between the social unrest and heightened violence remains uncertain."

Richard Rosenfeld, criminologist at the University of Missouri-St. Louis, told CNN the same neighborhoods that witness police violence are the same ones where the uptick in crime is concentrated. Those communities have never had a strong or positive relationship with police so it leads people to take legal matters into their own hands, he said.

"We've got two forces at work. We've got the pandemic and social unrest around police violence, the combination of the two major factors form a deadly combination. That explains the abruptness and timing of the increase and the sheer magnitude of the increase (in homicides)," Rosenfeld said.

In other words, protesters were not committing the crimes, he said.

Bocanegra, the Chicago program director, told CNN there were protests in the suburbs, but those areas did not see an increase in homicides.

"Those that are driving the violence, they were struggling even moreso pre-Covid," he said.

The pandemic shed new light on how to combat increased violence in cities, experts told CNN.

For one, the coordination of local, state and federal governments to mitigate the spread of the virus was one not seen before in the US -- and criminal justice experts say that same approach needs to be applied to the issue of violence.

"Violence is symptom of the unrest and inequities we've seen for decades in our communities. We're not going to change that overnight, we need to come up with a 10- to 20-year plan," Bocanegra said. "Unless we're able to think about the future generations ... we're going to continue having these conversations 20 to 30 years from now."

Jens Ludwig, who runs the University of the Chicago's Crime Lab, told CNN gun violence and mental health data for those between 18 and 24 go hand-in-hand.

"So, if you look at the gun violence problem. That's usually concentrated among young people say, 18 to 24. If you look at the CDC data on mental health ... people 18 to 24 are showing signs of anxiety, depression, increased in substance use in response to the pandemic and trying to deal with the pandemic," he said.

Bocanegra said he's hopeful the country and his city of Chicago will be able to take the lessons learned from Covid-19 and apply them to gun violence. He told CNN he does wonder why there hasn't been such a response in the past.

"Is it because Covid didn't discriminate based on gender, creed or class? Or is it because most gun issues impact Black and Brown people and people with mental health issues?" he said. "Who determines what lives are worth more than others?"

Going into 2021, Rosenfeld said previous years will provide guidance into the months ahead. In 2015, there was a 11% increase in homicides nationwide after the protests sparked by Ferguson that spilled over into 2016.

"We may be in for an increase in homicides going into the next year," he said.