'Designer babies' could be just two years away, expert claims 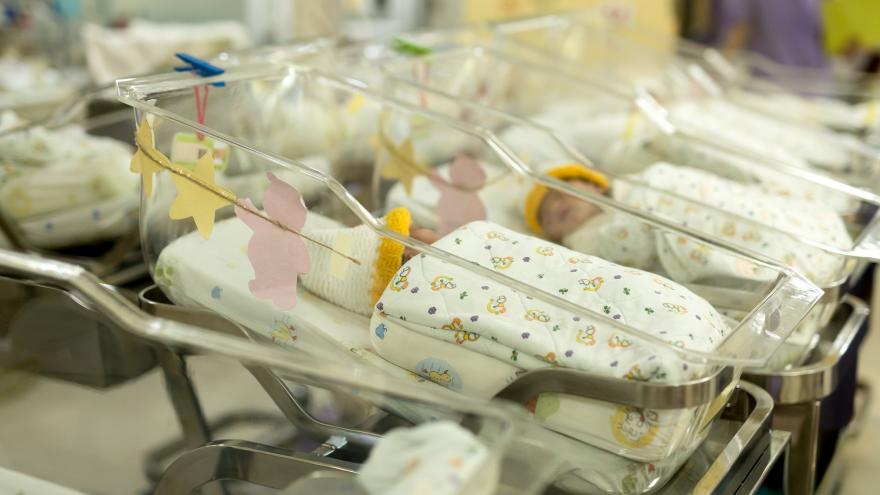 (CNN) -- Genetically-modified babies are "highly desirable" tohelp protect people from disease and could be created ethically within two years, according to a newscientificpaper.

Gene editing now presents such low risks that it could be used in human embryos, according to an analysis by Kevin Smith, a bioethicist at Abertay University in Scotland, published last week in the journal Bioethics.

Advocates like Smith want to change the genetic makeup of embryos to prevent the transmission of gene-related diseases.

However, the practice is hugely controversial due to fears that it could be used to create "designer babies" whose genes have been edited for non-therapeutic purposes.

In November 2018 Chinese scientist He Jiankui sparked outrage after announcing he had created the first genetically-modified babies in the world from embryos altered to make them resistant to HIV.

But Smith says their creation is ethically justifiable and would offer hope to parents at risk of transmitting serious genetic disease to their offspring, according to a statement.

From a "utilitarian standpoint" genetic modification is the "only conceivable way" to deal with multiple disease-associated genes in an embryo, according to Smith.

Genetic modification would allow doctors to protect future people against cardiovascular disease, cancer and dementia, as well as other common illnesses, said Smith.

"If several common disorders could be avoided or delayed by genetically modifying humans, the average disease-free lifespan could be substantially extended," he said in a press statement.

Still, he believes an ethical attempt to produce genetically-modified babies could be less than two years away.

His work has been criticized by other experts in the field, who point out that the risks of gene editing are still being studied.

"I do not believe that there are adequate experiments that will 'prove' that this technology is safe," Joyce Harper of the University College London (UCL) Institute for Women's Healthtold the Science Media Centre (SMC) in London. "So we need to tread carefully."

Harper underlines that genome editing has huge potential, but wants "public debate and legislation to ensure we have carefully thought this through."

Norcross points out that the public might not change its mind about genetically-modified babies, and more work needs to be done in understanding the risks of the technology.

"Lessons should be learned from the mistakes that were made last year, by the Chinese scientist who was responsible for the world's first genome-edited babies," Norcrosstold the SMC.

"If this technology is to be put to similar use in future, then far higher scientific and ethical standards need to be met."

Authorities in China have since said that the experiments which led to the birth of the babies broke the country's laws, and the scientists involved were suspended.

In October, researchers from the Broad Institute of MIT and Harvard published details of a new gene-editing technology that could potentially correct up to 89% of genetic defects, including those that cause diseases like sickle cell anemia.