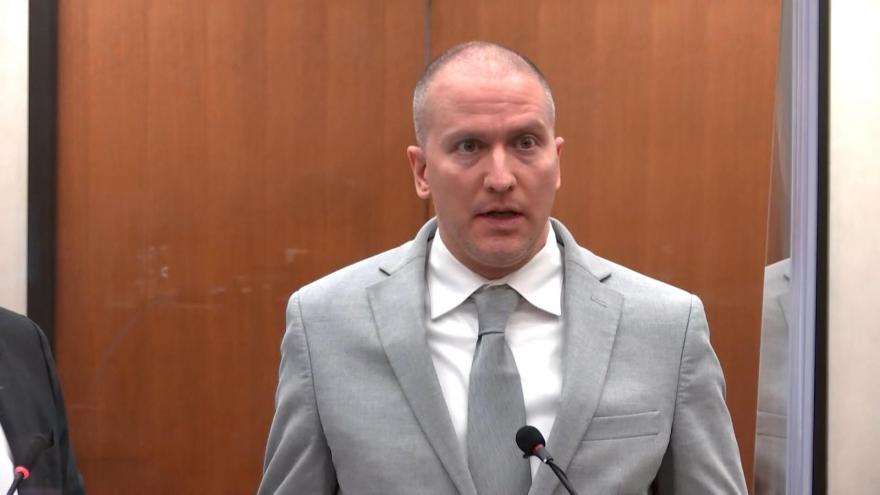 Derek Chauvin appeals his murder conviction in the death of George Floyd.

(CNN) -- Former Minneapolis police officer Derek Chauvin has asked the state Court of Appeals to overturn his conviction for the 2020 murder of George Floyd, according to an appeal filed Monday.

The 82-page filing lists more than a dozen aspects of the case and trial that Chauvin's attorney argues tainted the proceedings and rendered them "structurally defective," including extensive pretrial publicity and protests outside the courthouse, as well as the city's announcement during jury selection that it would pay a $27 million settlement to Floyd's family.

Floyd's death and video showing it ignited prolonged protests across the country over police brutality and racial injustice. And an investigation launched a week later found Minneapolis and its police department engaged in "a pattern or practice of race discrimination," state human rights officials said in a report Wednesday.

Among the issues Chauvin and his attorney, William Mohrman, are asking the appeals court to review are whether the venue should have been changed, the jury fully sequestered or the trial delayed because of pretrial protests and media coverage.

Body camera and bystander video that captured the final moments of Floyd's life on May 25, 2020, shows Chauvin kneeling on the 46-year-old Black man's neck and back for more than nine minutes as Floyd gasped for air and told officers, "I can't breathe."

Chauvin's appeal filing argues his conviction should be overturned or the court should order a new trial in a different venue, saying the court proceedings were "so pervaded by error, misconduct and prejudice that they were structurally defective." The filing also argues Chauvin was not given his constitutional right to due process and a fair trial.

If the conviction is upheld, the appeal filing says, the court should reduce Chauvin's sentence to be within the state's sentencing guidelines.

The former officer was sentenced to 22 and a half years in prison, which exceeded Minnesota's sentencing guideline range of 10 years and eight months to 15 years.

At the time of sentencing, Judge Peter Cahill wrote in a memorandum that the case warranted a harsher sentence because Chauvin "abused his position of trust and authority" and treated Floyd "without respect and denied him the dignity owed to all human beings."