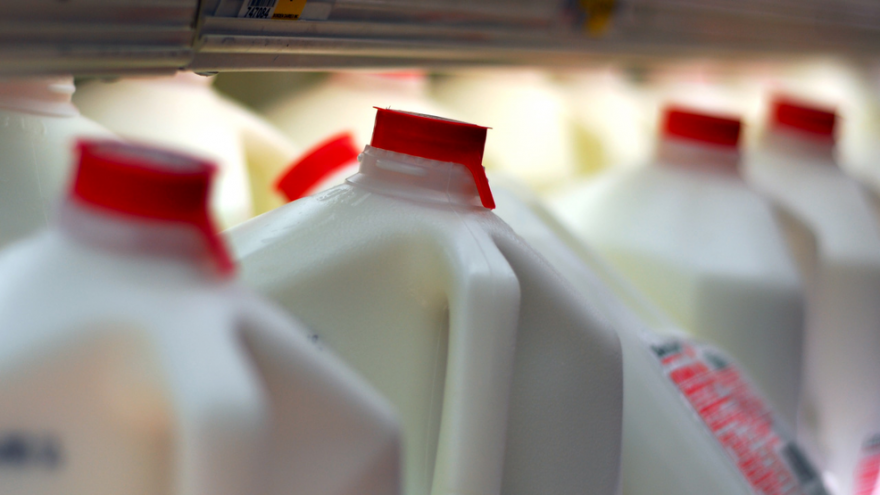 DES MOINES, Iowa (AP) — High production costs and falling commodity prices over the past four years are forcing more and more dairy farmers out of business in Iowa and other dairy states, according to agribusiness experts and farm groups.

"We're seeing a significant loss of dairy farms," said Larry Shover, president of the Iowa State Dairy Association board. "They don't see a light at the end of the tunnel."

Iowa is the nation's 10th-largest milk producer, with 1,150 dairy farms, and it's lost about 80 dairy operations this year — nearly 7 percent. Wisconsin Agricultural Statistics Service data show the state had 8,304 licensed dairy herds in October — 634 fewer than a year ago.

The global flood of milk has depressed prices to about half what they were in 2014, and they still haven't hit all-time lows, The Des Moines Register reported . But U.S. production has continued to increase despite the large number of dairy cows being culled from herds, said University of Wisconsin-Madison dairy policy analyst Mark Stephenson.

"The catastrophe is that we're still producing more milk month after month after month," Stephenson said, adding that the U.S. would need to see a significant increase in exports for dramatic improvement in prices.

The proposed United States-Mexico-Canada trade agreement, which is expected to gain some dairy access in Canada, is not expected to change that. Regional leaders view the possible gains from the agreement "as too small and too far in the future to help (U.S.) dairy farmers," said the Chicago Federal Reserve Bank recently.

Sadly, Stephenson said, the loss of dairy farms should help pull the milk supply in line with demand. But "I'm not seeing it yet," he said.

A federal program might provide some help for reeling dairy farmers.

The U.S. Department of Agriculture's Dairy Revenue Protection is designed to insure against unexpected declines in the quarterly revenue from milk sales. The covered milk production is indexed to the state or region where the dairy producer is situated.

The program is modeled after federal crop insurance programs for corn, soybeans and other commodities