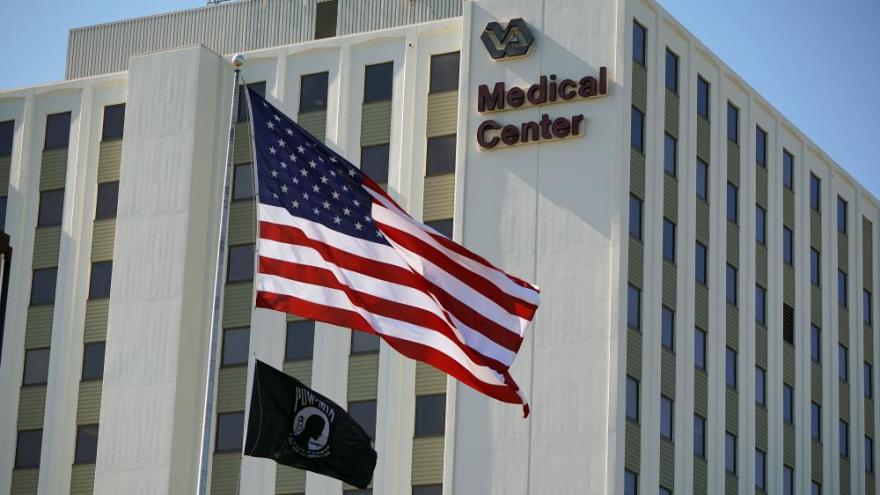 The Department of Veterans Affairs will soon offer abortions in certain cases and abortion counseling to veterans, regardless of state laws. The Tibor Rubin Veteran Affairs Medical Center in Long Beach, California, is pictured in July of 2019.

(CNN) -- The Department of Veterans Affairs will soon offer abortions in certain cases and abortion counseling to veterans, regardless of state laws.

It's the latest move taken by the Biden administration to expand abortion rights in the wake of the Supreme Court decision to eliminate the federal right to an abortion earlier this summer.

The VA will provide abortions when a pregnant veteran's life or health is at risk if their pregnancy were carried to term, or if the pregnancy was the result of rape or incest. These services will also be offered to Civilian Health and Medical Program of the Department of Veterans Affairs beneficiaries.

The department announced these changes to its medical regulations in a news release Friday, saying it submitted an interim final rule Thursday night to the Office of the Federal Register.

Once published, the rule will go into effect immediately, and the department said it will "immediately prepare to provide these services in as many locations as possible."

"As abortion bans come into force across the country, veterans in many States are no longer assured access to abortion services in their communities, even when those services are needed," the VA said in its rule.

Abortions when the veteran's life or health is endangered if they carry their pregnancy to term will be made on a "case-by-case basis" and with "careful consultation" between the veteran and their VA health care provider, the VA said.

For abortions in cases of rape or incest, self-reporting by a veteran or VA beneficiary will be "sufficient evidence" -- a contrast to some states that allow exceptions to their abortion ban for rape or incest but require it to be reported to law enforcement. The VA won't require a veteran to present "particular evidence such as a police report" to qualify for this care.

The rulemaking serves as notice that VA employees, including health care professionals, "may not be held liable under State or local law or regulation for reasonably performing their Federal duties," the VA said its in rule.

"Pregnant Veterans and VA beneficiaries deserve to have access to world-class reproductive care when they need it most. That's what our nation owes them, and that's what we at VA will deliver," he said in a statement Friday.

The Veterans Affairs Under Secretary for Health, Dr. Shereef Elnahal, said that the department came to its decision "after listening to VA health care providers and Veterans across the country, who sounded the alarm that abortion restrictions are creating a medical emergency for those we serve."

Once published, the rule will be open for public comment for 30 days.

The Biden administration has taken steps to ensure that women have some access to abortion and birth control after the Supreme Court eliminated the federal right to an abortion, though there's no direct action President Joe Biden can take to restore access to abortion nationwide.

Biden signed an executive order in July aimed at safeguarding access to life or health-saving abortions in emergency situations and access to contraceptives, and another in August intended to help women travel out-of-state to obtain an abortion.

For active military, the Pentagon said in June that service members and other Defense Department health care beneficiaries will continue to have access to health care for covered abortions.