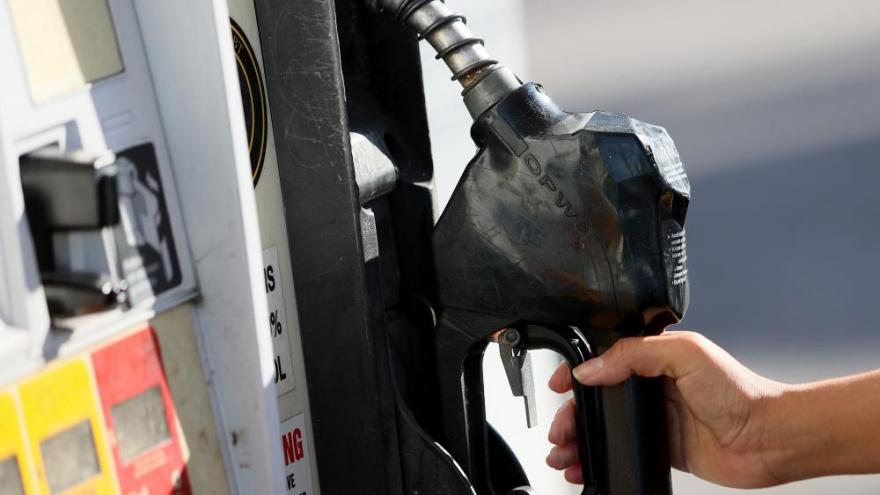 The Department of Energy announced Tuesday the release of 13.4 million barrels of oil from the Strategic Petroleum Reserve.

(CNN) -- The Department of Energy announced Tuesday the release of 13.4 million barrels of oil from the Strategic Petroleum Reserve.

The release of the emergency oil reserves, part of an authorization announced by President Joe Biden in November, aims to combat rising gasoline prices in the US and the lack of oil supply around the world.

Biden warned in November that the administration's actions "will not solve the problem of high gas prices overnight."

"It will take time, but before long, you should see the price of gas drop where you fill up your tank," the President said at the time. "And in the longer term, we will reduce our reliance on oil as we shift to clean energy."

Shell Trading US Co., Chevron U.S.A. Inc., ExxonMobil Oil Corp. and BP Products North America were among the companies to be awarded the exchange contracts.

Combined, the Biden administration has provided nearly 40 million total barrels of Strategic Petroleum Reserve crude oil to boost the nation's fuel supply, including five previous exchanges, according to the Department of Energy.

The White House's commitment to release about 50 million barrels from the reserve was part of a coordinated strategy with several other countries, including China, India, Japan, the Republic of Korea and the United Kingdom.

The release's effect, however, may be limited. In 2019, US petroleum use averaged about 20.5 million barrels of oil per day and in 2020 the US used on average about 18.1 million barrels per day, according to the Department of Energy's Energy Information Administration. The Energy Information Administration reports petroleum usage was lower in 2020 due to the Covid-19 pandemic.

The rising conflict between Russia and Ukraine also poses a threat to consumers at the pump. Director Fatih Birol, who heads the International Energy Agency, told CNNI's Julia Chatterley on "First Move" that a Russian invasion of Ukraine would have "major implications on the gas prices, if not leading to turmoil," since Russia is the No. 2 oil producer on the planet, behind only the United States.