Denver woman falls 900 feet to her death while climbing Capitol Peak, one of Colorado's most difficult mountains to climb, sheriff's office says 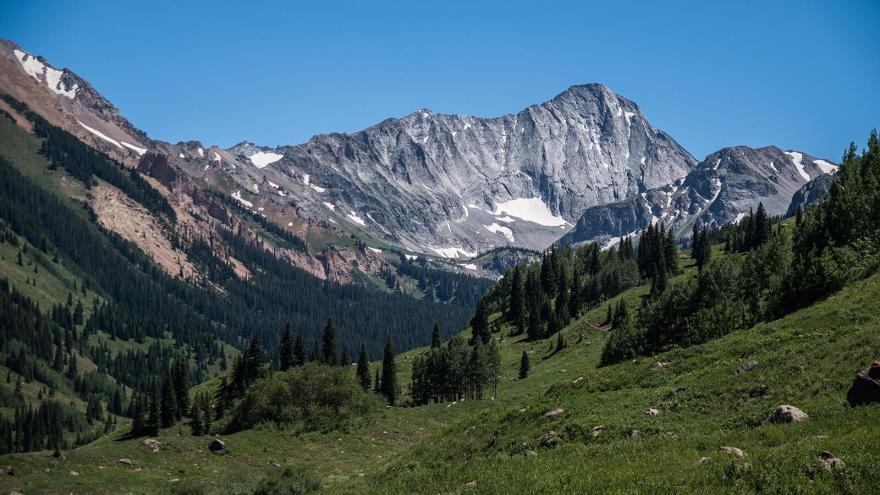 Capitol Peak in Colorado has an elevation of about 14,137 feet. The mountain is 14 miles west of Aspen.

(CNN) -- A Denver woman fell 900 feet to her death Saturday while climbing one of Colorado's most treacherous mountains, according to a news release from the Pitkin County Sheriff's Office.

Authorities received a call from a man just before 8 a.m. Saturday who said he and a hiking party saw the woman hiking solo on Capital Peak, which is about 14 miles west of Aspen. The woman fell when a rock she tried to grab onto gave way, the release said.

Once notified, sheriff's office contacted Mountain Rescue Aspen. The witness was able to provide the rescue group with the exact location of the woman's body, the release said.

"It was then estimated that the woman had fallen approximately 900 feet, falling from the route that connects the knife edge to the Capitol Peak summit down to Pierre Lakes Basin," the release said.

The woman's body was found and transferred to the Pitkin County coroner. Authorities are attempting to contact her next of kin before revealing the woman's identity.

Capitol Peak has an elevation of about 14,137 feet and is located in the the Maroon Bells-Snowmass Wilderness area. It is "considered one of Colorado's most difficult mountains to climb with extreme exposure and loose, crumbling rock," the release said.

Five climbers died climbing Capitol Peak in the span of a six-week period in 2017, according to CNN affiliate KCNC-TV. In 2021, authorities made the decision to leave a hiker's body on the mountain after a rescuer was seriously injured trying to recover the body.