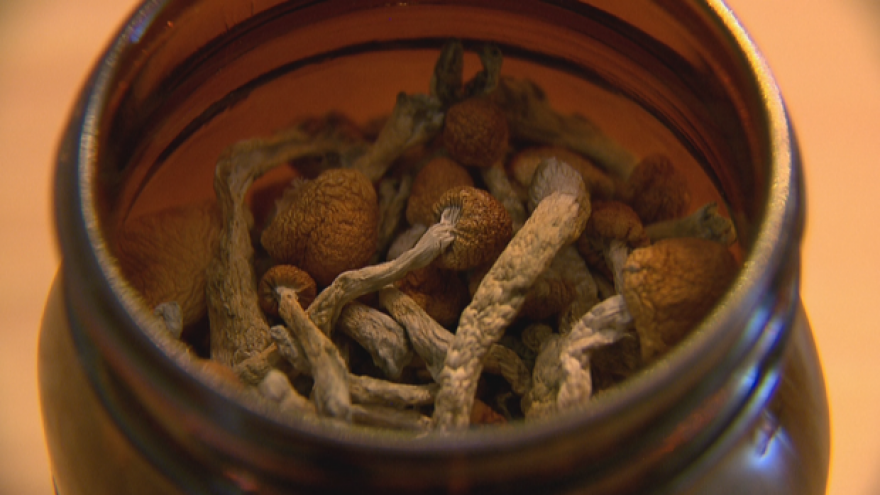 DENVER (AP) — Voters on Tuesday were deciding whether to make Denver the first U.S. city to decriminalize psilocybin — the psychoactive substance in "magic mushrooms" — and add a new chapter to the city's role in shaping wider drug policy.

A citizen initiative on the ballot followed the same tack taken by marijuana activists to decriminalize pot possession in 2005 in the city. That move was followed by statewide legalization in 2012. A number of other states have since broadly allowed marijuana sales and use by adults.

Psilocybin decriminalization campaign organizers have said their only goal is to keep people out of jail in Denver for using or possessing the drug to cope with depression, anxiety, post-traumatic stress and other conditions.

The initiative would effectively decriminalize use or possession of psilocybin by people 21 and older, making it the lowest enforcement priority for police and prosecutors. The measure does not legalize psilocybin or permit its sale by cannabis businesses.

Kevin Matthews, director of the Decriminalize Denver campaign, said psilocybin has helped him deal with depression for years.

"This is not something you have to take every day," the 33-year-old Denver native said. "It provides a lot of lasting benefits, weeks and months after one experience."

Psilocybin has been outlawed in the U.S. since the 1960s, and some researchers warn that it should only be used under medical supervision and can prompt paranoia and anxiety.

The federal government classifies psilocybin as a Schedule I drug, with no medical purpose and a high potential for abuse.

For decades, that status has stymied research into medical uses of psilocybin, but small, closely supervised studies in recent years have found that it can help treat anxiety and depression in cancer patients. Users have described seeing vivid colors and geometric patterns, and experiencing powerful spiritual connections and emotions.

Magic mushrooms have been used in religious practices for decades because of their powerful effect on perceptions and spiritual experiences. Those same effects have appealed to recreational users dating back to the 1960s counterculture movement.

A California effort to decriminalize psilocybin failed to qualify for the statewide ballot in 2018. Organizers in Oregon are trying to gather enough support to put an initiative to a statewide vote next year.

It took the pro-psilocybin organizers in Denver three tries to develop language approved by city officials for the ballot. They collected more than 8,000 signatures to qualify for Tuesday's election.

Tyler Williams, a financial planner, enlisted a friend to take his photo outside a Denver polling place before he voted 'yes.' Williams worked on the campaign's initial attempts to get on the ballot, motivated by what he called a positive experience using psilocybin to manage severe depression.

"That option should be available to everyone, without fear," said Williams, 29. "Just being able to vote for this is a huge victory."

Jeremiah Whitehead, a 44-year-old small business owner, voted no — saying he wants city officials to focus on lingering issues surrounding marijuana in the city, including a lack of businesses licensed for "social consumption" where people can legally use cannabis products and disputes over how marijuana tax money is used.

"We're still getting used to pot," he said. "Let's get that figured out before we add something else."

Denver Mayor Michael Hancock opposes the initiative along with District Attorney Beth McCann, but there has been no organized campaign against decriminalization. The city's election has largely focused on a six-way race for mayor and a heated effort to end Denver's "urban camping" ban that affects people without housing.

The proposed ordinance would also prevent city funds from being used to pursue criminal penalties on possession or use and create a panel to study the effects of the change.

"Nobody should be penalized for this substance," Matthews said. "One arrest is too many. No person deserves this kind of treatment for a substance this safe."