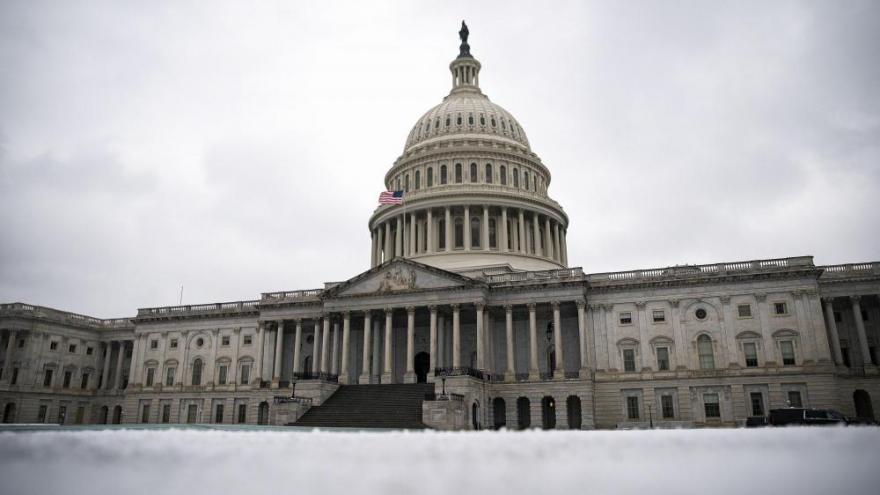 House Democratic leaders will unveil legislation Monday that would give millions of families at least $3,000 per child, advancing a key provision in President Joe Biden's $1.9 trillion Covid-19 relief package.

Rep. Richard Neal, who is leading the crafting of the legislation for the stimulus package as the Ways and Means Committee chairman, introduced the enhanced Child Tax Credit bill.

"The pandemic is driving families deeper and deeper into poverty, and it's devastating. We are making the Child Tax Credit more generous, more accessible, and by paying it out monthly, this money is going to be the difference in a roof over someone's head or food on their table," the Massachusetts Democrat said in a statement provided to CNN.

CNN obtained a copy of the 22-page bill Sunday. The Washington Post first reported on it.

The legislation would provide $3,600 per child under the age of six and $3,000 per child age six through 17 for a single year. The full benefit is available to single parents earning up to $75,000 annually and for couples earning up to $150,000. Payments would phase out after those thresholds.

Families can receive the Child Tax Credit payments on a monthly basis, which advocates say would make it easier to pay their obligations compared to getting a lump sum at tax time.

If this particular legislation is passed by Congress, the payments would begin in July for one year.

Another big change: The credit would become fully refundable for the year. Some 27 million children currently live in low-income families who receive a partial or no tax credit because they earn too little, according to the left-leaning Center on Budget and Policy Priorities.

The current Child Tax Credit provides up to $2,000 per child under the age of 17. The credit phases out for single parents with a modified adjusted gross income over $200,000, and $400,000 for married couples. Families receive a single payment.

Some 90% of families with children will receive an average credit of $2,380 in 2020, according to a non-partisan Tax Policy Center estimate.

DeLauro, who has been working on bolstering the child tax credit since 2003, said Congress should pass the enhancement permanently while there's a chance in a statement first provided to CNN Sunday.

"We cannot stop here. We must use this moment to pass the American Family Act and permanently expand and improve the child tax credit. One year is not enough for the children and families battling not just the coronavirus, but poverty, too," the Connecticut Democrat said in the statement.

Some Republicans also support increasing the Child Tax Credit. Utah Sen. Mitt Romney last week unveiled a proposal to provide a monthly cash benefit of $350 for each young child ($4,200 annually) and $250 for each school-aged child ($3,000 annually).

However, his measure would also eliminate several existing government assistance programs -- including Temporary Assistance for Needy Families -- and tax provisions, including the deduction for state and local taxes.

Romney said his plan would lift nearly 3 million children out of poverty, while not adding to the federal deficit. It would cost about $66 billion, including accompanying changes to the Earned Income Tax Credit.

Biden's proposal to give relief to low-income families

Biden's relief package, which he unveiled last month, called for augmenting the Child Tax Credit for one year to help fight against poverty.

The President's proposal also includes an expansion of the Earned Income Tax Credit to more low-income workers, along with $1,400 stimulus checks and increased unemployment, nutrition and housing aid, among other measures.

"All told, the American Rescue Plan would lift 12 million Americans out of poverty and cut child poverty in half. That's 5 million children lifted out of poverty," Biden said last month before signing two executive orders that would augment nutrition assistance and strengthen federal worker protections.

Biden also noted that the proposal would reduce poverty among Black families by one third and among Hispanic households by almost 40%.

A one-year expansion would cost about $120 billion, according to the Committee for a Responsible Federal Budget, a non-partisan fiscal watchdog.