Democrats release $3.5 trillion budget resolution, which doesn't include an increase to the debt limit 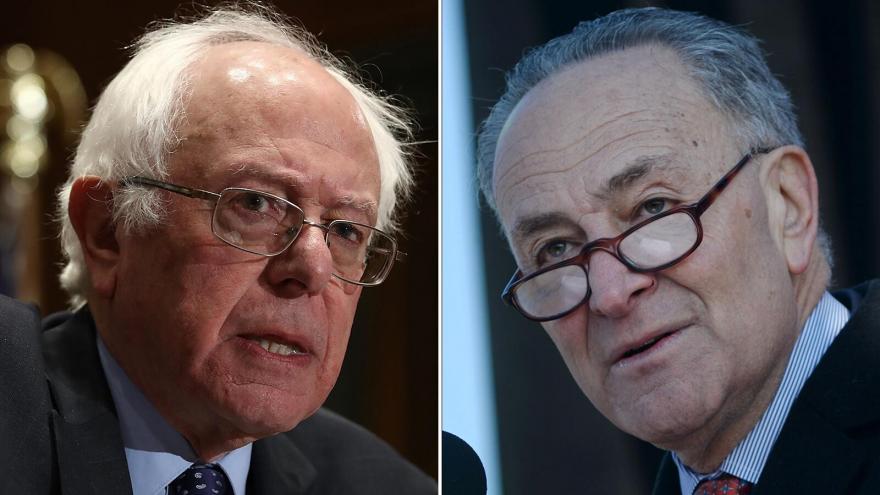 Senate Democrats released their budget resolution on Monday, which does not include an increase to the debt limit, kicking off a massive showdown on Capitol Hill and previewing the party's next steps following the expected passage of a bipartisan infrastructure bill.

(CNN) -- Senate Democrats released their budget resolution on Monday, which does not include an increase to the debt limit, kicking off a massive showdown on Capitol Hill and previewing the party's next steps following the expected passage of a bipartisan infrastructure bill.

The budget resolution has a price tag of $3.5 trillion, an includes a series of tax increases and other offsets to help finance the sweeping plan, though the majority of the legislation implementing the plan needs to be written as a dozen committees have instructions to start drafting legislation. Passing the budget resolution is just the first step, then it becomes the job of the committees to write the reconciliation bill.

The budget resolution provides the target date of September 15 for committees to submit their reconciliation legislation. "We will work towards this goal and meet, as a caucus, during the week of the 15th to review the bill," Majority Leader Chuck Schumer wrote in a Dear Colleague letter on Monday morning.

The resolution notably does not include lifting the nation's borrowing limit, which would mean increasing the debt ceiling separately and would require Republican votes to break a filibuster, something GOP leaders -- including Senate Minority Leader Mitch McConnell -- have warned they will not do.

Schumer sent the text of the budget resolution in his letter on Monday morning to members of his caucus to help them "prepare for consideration of the Budget Resolution on the Senate floor and the writing of the reconciliation bill this summer."

"By making education, health care, child care, and housing more affordable, we can give tens of millions of families a leg up. By making further investments in infrastructure, we can create tens of thousands of good-paying jobs. And by finally tackling climate change, we can spare our country and our planet the most devastating effects of global warming," Schumer wrote in the letter.

Schumer added, "This legislation will provide the largest tax cut for American families in a generation, while making the wealthy pay their fair share. In all phases, we will concentrate on communities that have too often been neglected, including communities of color and Native Americans."

This comes as the Senate cleared the last procedural hurdle before final passage of the bipartisan infrastructure package, which immediately after, Schumer has said the Senate will turn to take up the Democrats' budget resolution with reconciliation instructions.

McConnell said last week that Democrats should expect zero help from Republicans in their effort to raise the debt ceiling.

Republican opposition to providing votes to raise the debt ceiling isn't the only challenge facing the legislation. Its $3.5 trillion price tag also has raised concerns from moderate Democrats. Sen. Kyrsten Sinema of Arizona said late last month that she does not support the bill at its current cost though signaled she's willing to negotiate.

"I have also made clear that while I will support beginning this process, I do not support a bill that costs $3.5 trillion -- and in the coming months, I will work in good faith to develop this legislation with my colleagues and the administration to strengthen Arizona's economy and help Arizona's everyday families get ahead," Sinema said in a statement.