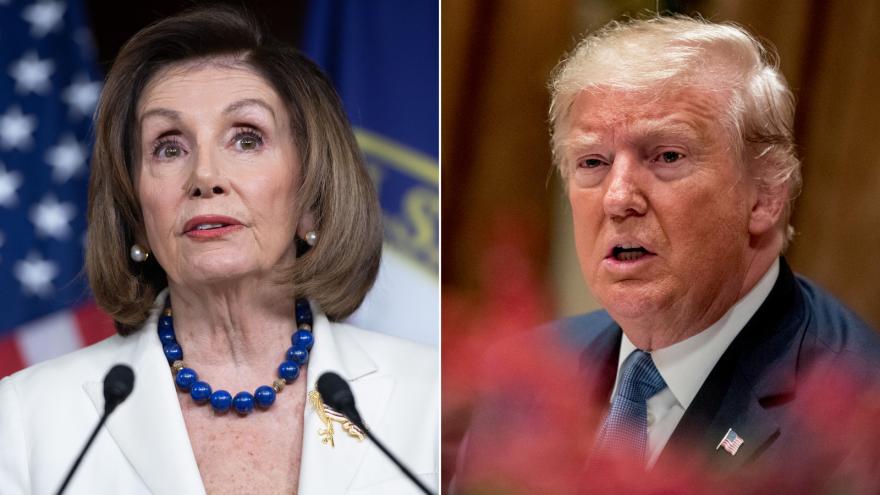 (CNN) -- Democratic leaders announced Tuesday they will bring two articles of impeachment against President Donald Trump, charging him with abuse of power and obstruction of Congress and setting up the third impeachment of a US president in history.

The House Democratic chairs who led the investigations against the President formally unveiled the impeachment articles at a press conference on Tuesday morning, an announcement that marks the culmination of an intense, fast-moving investigation into the President's dealings with Ukraine.

"Today, in service to our duty to the Constitution and to our country, the House Committee on the Judiciary is introducing two articles of impeachment, charging the President of the United States Donald J. Trump with committing high crimes and misdemeanors," House Judiciary Committee Chairman Jerry Nadler said at that news conference.

Democrats charge that Trump abused his office by pressuring Ukraine to investigate his political rivals ahead of the 2020 election while withholding a White House meeting and $400 million in US security aid from Kiev. And they say that Trump then obstructed the investigation into his misconduct with a blanket blockade of subpoenas and refusing to allow key senior officials to testify before Congress.

Tuesday's announcement sets the stage for a dramatic impeachment vote on the House floor next week, after the House Judiciary Committee debates and approves the articles beginning on Thursday.

The introduction of articles of impeachment comes after a two-month investigation into Ukraine that was sparked by an anonymous whistleblower complaint alleging Trump solicited election help from Ukraine on a July 25 phone call with Ukrainian President Volodymyr Zelensky. The 17 witnesses who testified during the House impeachment inquiry described a broader effort in Ukraine in which the President directed his personal attorney Rudy Giuliani to push Ukraine to investigate former Vice President Joe Biden and the 2016 election. 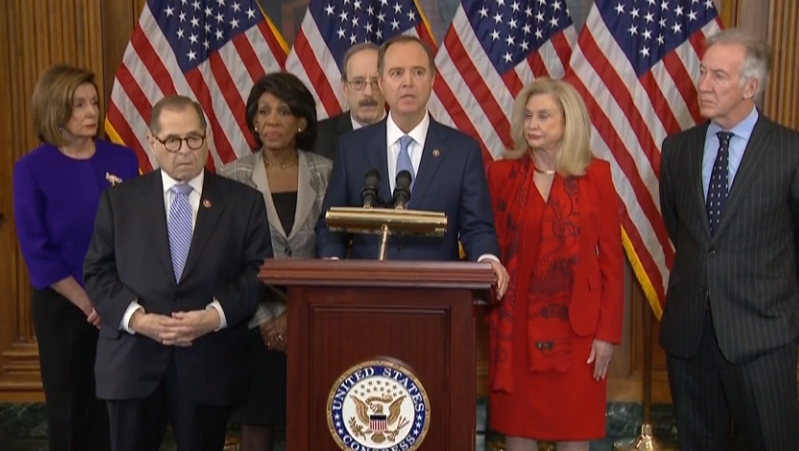 Following the investigation led by the House Intelligence Committee, which included public hearings with 12 witnesses, the House Judiciary Committee held two hearings laying out the case for impeachment and the evidence against the President.

The impeachment vote is likely to split largely along party lines, with a handful of potential Democratic defections. No Republicans appear likely to vote to impeach the President after an investigation congressional Republicans denounced as unfair and biased against the President.

Democrats had debated adding a third article of impeachment on obstruction of justice, which would have captured the allegations against Trump that were detailed in former special counsel Robert Mueller's investigation.

House Speaker Nancy Pelosi and her top lieutenants ultimately decided to keep the articles focused narrowly on Ukraine, out of concern for moderates who only backed an impeachment inquiry once the Ukraine scandal spilled into public view.

But the episodes detailed in the Mueller report are expected to be incorporated into the charges that Democrats are laying out on Tuesday. In the Judiciary Committee, Democrats expressed Trump's actions in Ukraine as part of a broader pattern of misconduct that began during the 2016 election and still continues today.

"President Trump violated his oath to the American people. He placed his own private interests ahead of our own national security and the integrity of our elections," House Judiciary Chairman Jerry Nadler said at the end of Monday's impeachment hearing. "Such conduct is clearly impeachable. This Committee will proceed accordingly."