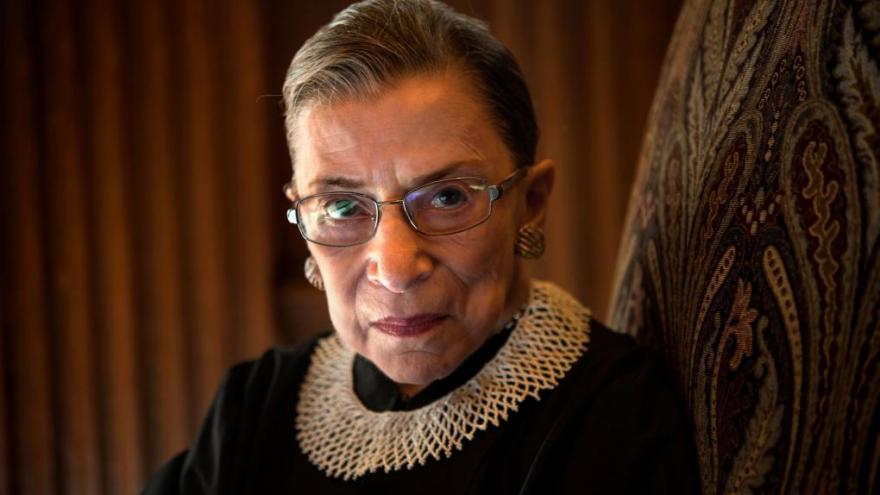 Congressional Democrats have introduced legislation to create a monument on Capitol Hill in honor of the late Supreme Court Justice and liberal icon Ruth Bader Ginsburg.

The House bill, introduced on Monday by the Democratic Women's Caucus -- including Reps. Lois Frankel of Florida, Jackie Speier of California, Veronica Escobar of Texas and Brenda Lawrence of Michigan -- and Rep. Raja Krishnamoorthi of Illinois, proposes placing a monument either in the Capitol or on the grounds honoring Ginsburg, who died in September at age 87 after 27 years on the high court.

The bill does not specify details about the proposed monument, including what it would look like and how much it would cost to build. CNN has reached out to multiple lawmakers' offices for comment.

"The Notorious RBG was tiny in stature, but a giant in the fight for women's equality," Speier told CNN in a statement. "Had it not been for her tireless and fearless dedication, we women in Congress would have had a much different experience in pursuing our dreams to serve our country and shape and inform policy impacting women everywhere. We must immortalize this feminist icon with a statue in the Capitol that honors her legacy and educates future generations of her profound contributions."

Sen. Amy Klobuchar of Minnesota has introduced a companion bill in the Senate that has since gained 15 Democratic co-sponsors.

"Justice Ginsburg's dedication to our country's values and ideals is an example for every American," Klobuchar said in a statement. "She was an icon and a trailblazer who dedicated her life to opening doors for women at a time when so many insisted on keeping them shut."

A monument of Ginsburg in the Capitol would be one of few that depict female icons.

Ginsburg was appointed as an associate justice in 1993 by then-President Bill Clinton. In recent years, she became the most senior member of the court's liberal wing, casting progressive votes on social issues including abortion, same-sex marriage, voting rights, immigration, health care and affirmative action.

Ginsburg's death -- which came less than seven weeks before a hotly contested presidential election -- prompted a fierce partisan battle over the court's future. Days after her death, then-President Donald Trump nominated conservative federal appellate Judge Amy Coney Barrett, who was confirmed a week ahead of the November 3 election in a process that Democrats had argued was a rushed and cynical power grab that threatened to undermine Ginsburg's legacy.