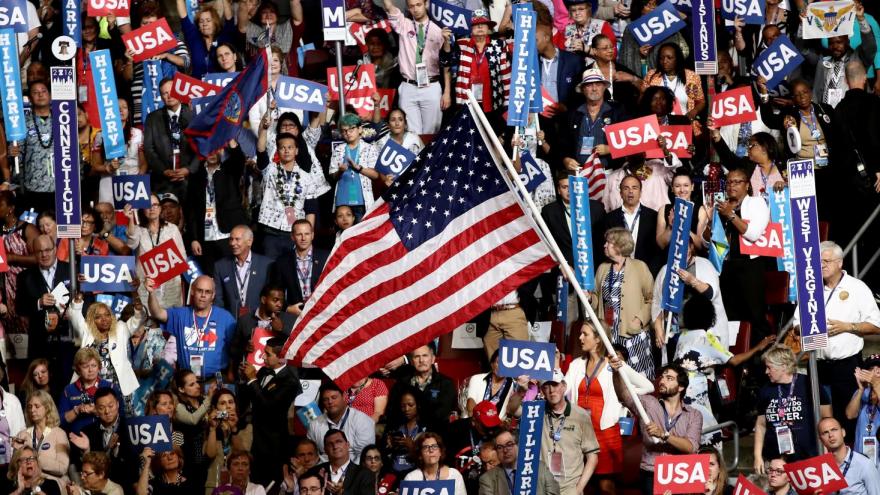 The planning, a result of the coronavirus pandemic, is in its earliest stages and party officials said there is no deadline for convention organizers to begin to shift plans. But Democratic National Committee Chair Tom Perez and other top party officials have begun to solicit guidance from advisers about the future of the convention, Democrats told CNN.

The decision to postpone this year's summer Olympics, announced Tuesday, put further pressure on convention planners. Democrats selected the mid-July date in an effort to pick a nominee before the international sporting event began. Now that the coronavirus outbreak has delayed the Olympics, some are questioning whether similar changes need to be made to the convention.

"We have never been here before. We are in uncharted territory and it is clear to me that it is appropriate at this time... that they are looking at contingency options," said Antonio Villaraigosa, the former mayor of Los Angeles who was chair of the 2012 convention. "There is no decision yet to postpone or cancel the convention in anyway, but it would be malpractice not to do look at contingencies."

Villaraigosa said that he doesn't believe the party is at the point where they have to decide whether to scrap the its most important event. But the former mayor said Perez and other Democrats are "looking at a broad panoply of options that may include a virtual convention."

"I am not arguing that they go to a virtual convention," he added, "but it would be malpractice not to look at all of the options."

'This is a very fluid situation'

Democrats physically in Milwaukee to plan the convention said they are exploring different options for a convention in the midst of coronavirus.

"As we navigate the unprecedented challenge of responding to the coronavirus, we're exploring a range of contingency options to ensure we can deliver a successful convention without unnecessary risk to public health," said Katie Peters, top spokeswoman for the Democratic National Convention Committee.

But Peters said she was hopeful that coronavirus would not dramatically alter the event.

"This is a very fluid situation," she said, "and the convention is still more than three months away."

There is little possibility that the event will be canceled outright. But the chance of a fully digital convention are rising.

Former Vice President Joe Biden, the Democratic presidential candidate with a near insurmountable delegate lead over Vermont Sen. Bernie Sanders, told CNN Tuesday that he does not think the convention should be called off.

"I think we ought to be able to conduct our democratic processes as well as deal with this issue," Biden said. "That decision will be made as the state of the nation at the moment, but I don't think it should be called off."

Coronavirus has dramatically altered American life over the last three weeks, bringing the Democratic primary race to a halt at the same time that the American economy slows. Coronavirus has infected thousands, killed over 500 Americans, and many states and cities have issued stay at home orders to keep people inside.

There is a sense among some Democrats that even if it is considered safe to hold the convention come summer, it may not be the right tone to throw a massive, four-day long party with dancing and falling balloons if people are still dying from the virus.

"That means our economy is going to be in crisis, people will be dying, and the priority will be elsewhere," a longtime DNC member said.

But skepticism about what a convention that isn't in person would look like -- and what it would mean for the nominee -- is widespread in top Democratic circles.

"I think it is prudent to do a plan B, but I also think that plan B is difficult to pull off," said Washington State Democratic Party Chair Tina Podlodowski, adding that the magic of conventions are the unplanned moments that inspire people. "I think that is something that is very difficult to replicate without the convention itself."

Party officials are not prepared to officially list the contingencies they are considering, or the whether there is a date when the party needs to make its final decision. But organizers are currently looking through the upcoming planning deadlines and factoring in the numerous contracts that have already been signed in an effort to be prepared if plans need to change.

One of those considerations is the NBA's schedule, because the convention is slated to take place in Milwaukee's Fiserv Forum, the home of the Milwaukee Bucks. The NBA halted all games earlier this month, and it is an open question as to when and how the league will come back

The stated purpose of the convention every four years is nominating the person Democrats hope will be the next president of the United States. And shifting the convention in any way would need broad rules changes, because the party now requires that the nomination must be in person.

Maria Cardona, a longtime Democratic operative and member of the party's powerful Rules and Bylaws committee, said the current rules dictate that delegates have to appear in person to nominate the party's candidate, so a rule change would be needed in order to allow votes to be cast digitally.

"Are we talking about rule changes right now? No, we are not. Will be two months from now? Maybe," she said. "Are we looking for possible contingency plans about what something like that will look like? Yes, there are people looking at what that would entail."

Beyond that stated goal, however, the convention is also an important publicity and fundraising event, allowing the Democratic Party four nights of national coverage and the ability to raise millions of dollars from donors.

The prospect of losing the in-person portion of the convention is a terrifying one for some Democrats, who believe doing so will cede the media attention that comes along with the four-day gathering.

"We are going to have the convention. The question is in what form," said Howard Dean, a former presidential candidate and Vermont governor who was the chair of the 2008 convention. "I don't think there is any talk of canceling, but there is plenty of talk about how you can run the convention" if thousands of people can't be in the same venue.

Conventions are not nimble organizations and even the most upbeat Democrats believe it would take at least four weeks for organizers to fully shift the current planned in person event. But no Democrats, including Dean, are prepared to relinquish the coverage that comes with the high-profile party event.

"We are not going to lose this media opportunity," Dean said, "however we have to do it."

Republican officials planning their convention in Charlotte are in a similar position, and are closely monitoring the spread of the coronavirus.

"It's important to note that the factors influencing the decision-making process for a global sporting event -- where the vast majority of its participation is internationally-based and spans more than two full weeks -- look much different," a Republican National Convention spokeswoman told CNN, "than those affecting a four-day national political convention."