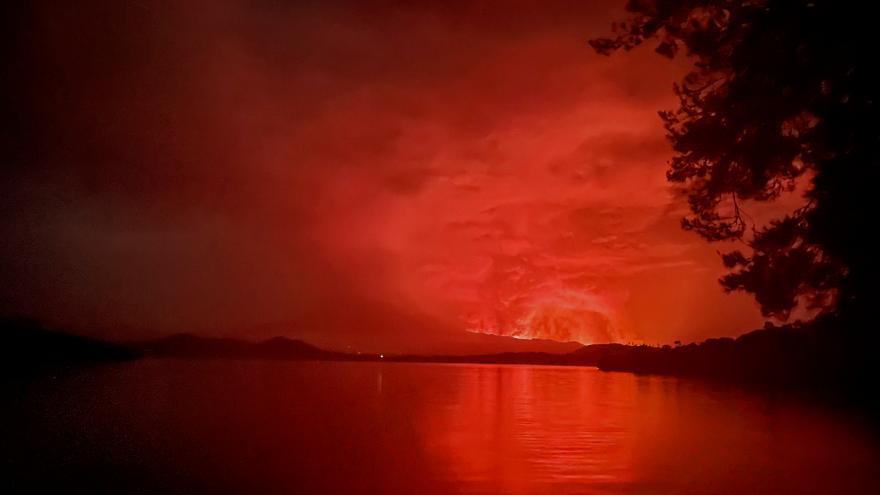 (CNN) -- Seismologists in the Democratic Republic of Congo reported 61 earthquakes in a 24-hour period on Saturday around the Mount Nyiragongo volcano, which erupted a week ago, warning residents to keep well away from lava flows.

The details were outlined in a daily report prepared for the government by the Goma Volcanic Observatory (GVO), and seen by CNN. It explained that the volcano's crater "continues to collapse, which contributed to the earthquake and caused ash emissions visible from Goma."

The 11,500-foot-high volcano sits around 15 kilometers (9 miles) from Goma, a city with an official population of 670,000, though several NGOs estimate it to be closer to 1 million.

A provincial government spokespersonsaid Friday that around 400,000 people had fled the city as officials warned of a second eruption. The first explosion last Saturday killed at least 31 people.

Since then, the area has experienced a series of earthquakes and tremors, some felt as far away as the Rwandan capital of Kigali, more than 100 km from the volcano in the Virunga National Park.

The report warned that lava flows "can cause asphyxiation, severe burns or death."

It laid out four possible scenarios, the best case being that the earthquakes stop and that no second eruption occurs.

But it also warned that as magma continued to move through a fissure toward Lake Kivu, there was a possibility of a limnic eruption, where an eruption under the lake could cause it to send debris flying and emit toxic gas. That could be a worst-case scenario.

"If lava erupts in the Kivu River, keep a considerable distance away, as the explosions could produce dangerous ballistics," the report said.

Gas emissions are likely to become more frequent in the coming months anyway because of the increase in volume of underground magma.

Fissures could release lethal concentrations of gases, the report said, urging people to stay away and supervise children in low-lying areas.

The report added that people should take precautions in using water for drinking and washing vegetables as volcanic ash may have contaminated tanks.