Democratic proposal includes new stimulus payments of up to $6,000 for families 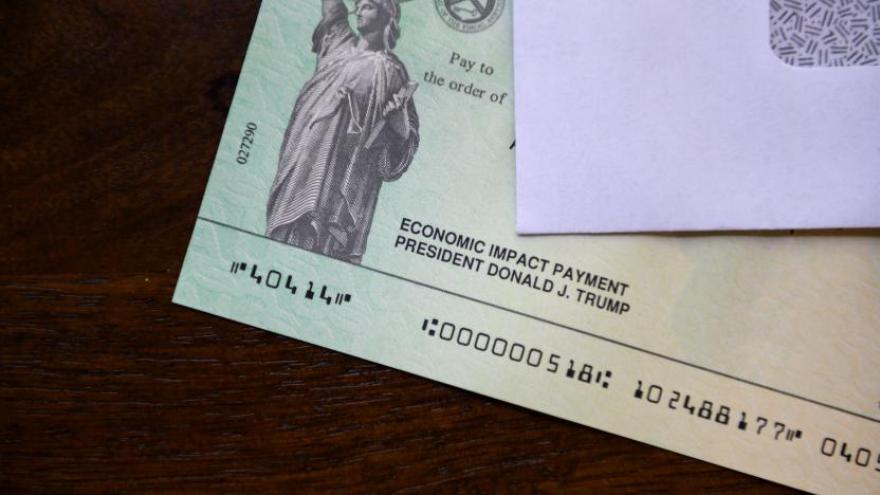 House Democrats want to send Americans a second round of stimulus checks worth up to $6,000 per family as part of the $3 trillion coronavirus relief package they rolled out Tuesday -- the largest in history.

(CNN) -- House Democrats want to send Americans a second round of stimulus checks worth up to $6,000 per family as part of the $3 trillion coronavirus relief package they rolled out Tuesday -- the largest in history.

Like the first round of payments approved by Congress in March, new proposal calls for giving $1,200 to those earning up to $75,000 a year and $2,400 to couples without dependents making double that before phasing out. But it would be far more generous to many families with children, providing $1,200 per dependent up to a maximum of three dependents. The earlier stimulus package, which is still in the process of being distributed, gave $500 for each qualifying child under age 17.

Americans may not see these new, more generous payments, however. Senate Republican leaders have already said the new bill is dead on arrival, arguing that another round of emergency funding is not yet needed as states begin to reopen.

The Democratic bill would also extend the historic enhancement of unemployment benefits included in the March legislation. It calls for continuing the weekly $600 federal payment through January, instead of through July.

It would also maintain benefits for the self-employed, independent contractors, gig workers and certain people affected by coronavirus through March, instead of the end of December. Likewise, it would continue the additional 13 weeks of payments through March.

Named "The Heroes Act," the legislation would establish a $200 billion fund to provide hazard pay to essential workers who have remained on the job during the pandemic -- a measure that was not included in the four prior relief packages.

The House proposal would also funnel more money into efforts that Congress has supported in previous legislation.

It would send nearly $1 trillion to state, local, territorial and tribal governments, which are facing big budget gaps as their tax revenues plummet amid the shutdowns of non-essential businesses and the loss of millions of jobs.

And it would provide another $75 billion for coronavirus testing, contact tracing and isolation measures. Plus, it calls for Americans who fall ill with coronavirus to get free treatment.

Democratic lawmakers also want to bolster the nation's safety net by increasing the maximum food stamp benefit by 15%, a provision they could not get into prior packages, and providing additional funding for nutrition programs for children.

They would also allocate $175 billion to help renters and homeowners and offer subsidies to help Americans who lose their employer-provided health insurance keep their coverage.