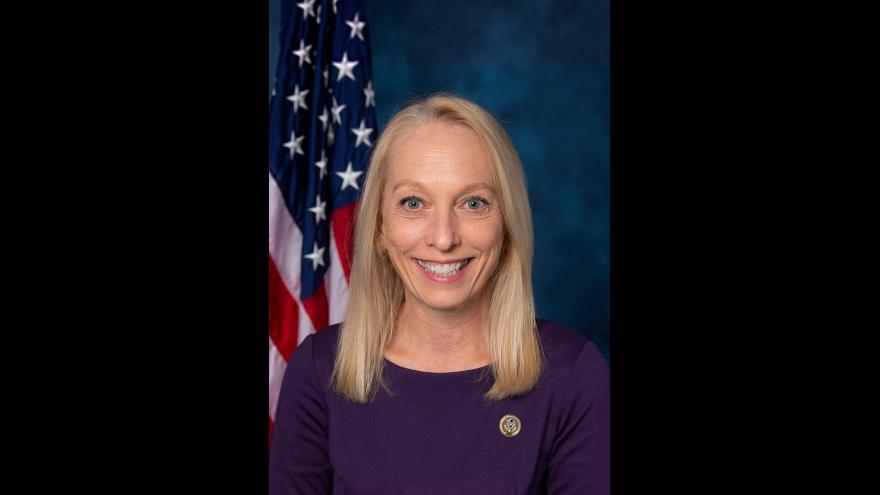 Rep. Mary Gay Scanlon, Democrat from Pennsylvania, was carjacked on December 22 in Philadelphia, but physically unharmed, according to her spokesperson.

(CNN) -- Pennsylvania Rep. Mary Gay Scanlon was carjacked at gunpoint Wednesday afternoon in Philadelphia, but was physically unharmed during the incident, her office said Wednesday.

"(On) Wednesday afternoon, at around 2:45 p.m., Congresswoman Scanlon was carjacked at gunpoint in FDR Park following a meeting at that location," her spokesperson Lauren Cox told CNN in a statement.

"The Congresswoman was physically unharmed. She thanks the Philadelphia Police Department for their swift response, and appreciates the efforts of both the Sergeant at Arms in D.C. and her local police department for coordinating with Philly PD to ensure her continued safety," the statement read.

Scanlon, a Democrat, has served in the House since 2018. Her district includes part of Philadelphia and its suburbs. She currently sits on the House Judiciary Committee, as well as the House Rules Committee and the House Administration Committee.

According to a statement from the Philadelphia Police Department provided to CNN on Wednesday evening, "US Congress Woman Mary Gay Scanlon was walking to her car when she was approached. ... The armed males approached the victim and demanded the keys to her vehicle -- a blue 2017 Acura MDX. The victim handed over the keys to her vehicle, at which point one of the two offenders drove off in the victim's vehicle; and was last seen on the 2000 Block of Pattisson Ave. The second offender entered a second dark-colored SUV and followed Offender #1. Several personal and work items were also taken with the vehicle."

The police department also said it is working alongside the FBI, which has taken the lead in the investigation.

"I am relieved that Congresswoman Scanlon was not physically injured, and my thoughts are with her during this difficult time," said Philadelphia Police Commissioner Danielle Outlaw. "The PPD will continue to provide any support needed in this case and will work diligently alongside our federal partners to assist in bringing those responsible to justice."