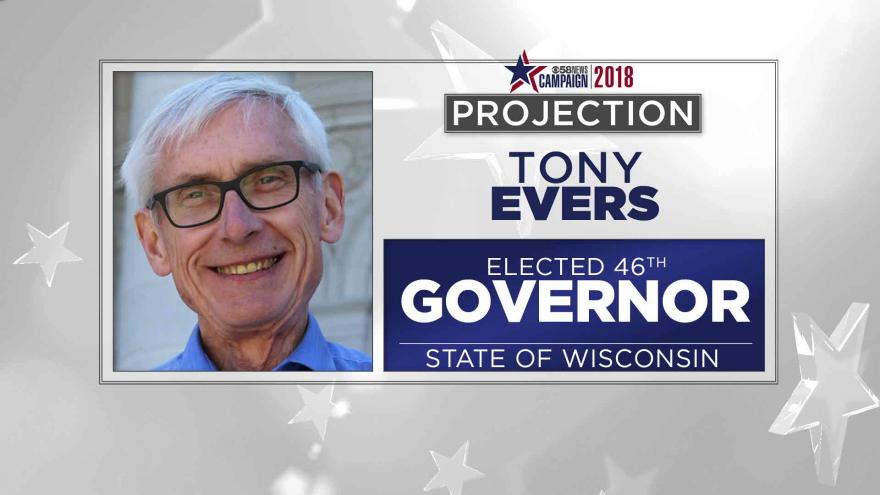 Today marks a new day for our state. A change is coming, Wisconsin! pic.twitter.com/F4e6sUv4Ff

Evers' win on Tuesday is a huge victory for Democrats, who couldn't find the recipe to take out Walker in three previous elections, including a 2012 recall.

Evers campaigned on the promise of cutting middle-class income taxes, eliminating a tax credit program for manufacturers and possibly raising the gas tax to pay for roads.

Evers is a former teacher who's been state schools superintendent since 2009. He turned his understated personality to his advantage in the campaign, arguing that voters were tired of divisiveness and yearned for more collegial politics.