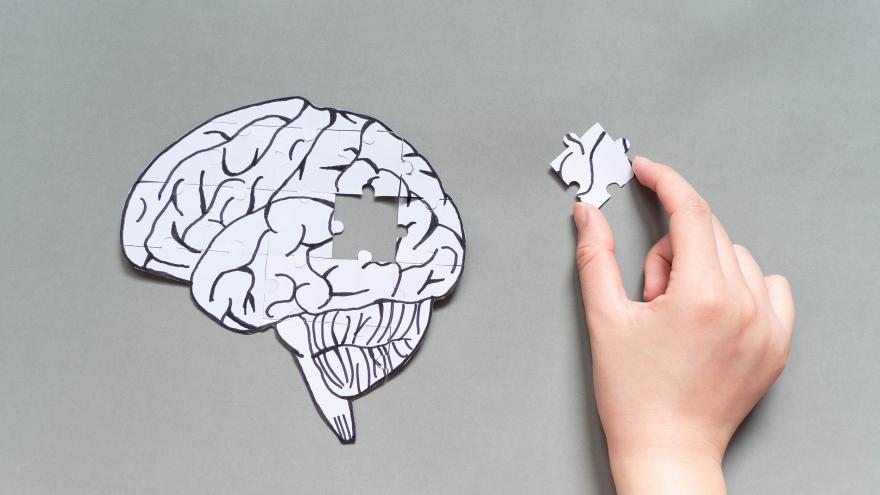 (CNN) -- Entering menopause before age 40 is linked to a 35% higher risk of developing dementia later in life, a preliminary study finds.

Premature menopause, as it is called, occurs when a woman's ovaries stop creating hormones and the menstrualcycle ends by age 40. That's about a dozen years earlier than the typical onset of menopause, which is age 52 in the United States, according to the US Department of Health and Human Service's Office on Women's Health.

"What we see in this study is a modest association between premature menopause and a subsequent risk for dementia," said Dr. Donald Lloyd-Jones, president of the American Heart Association. He was not involved in the study.

Why do women go through premature menopause? Unless the woman has had surgery to remove her ovaries and uterus, "it has to do with a more rapid biological aging of all of the body's tissues, including premature aging of our organs and their function," said Lloyd-Jones, who is a professor of preventive medicine, medicine and pediatrics at Northwestern University's Feinberg School of Medicine in Chicago.

"It's a red flag on many levels when a woman goes through premature menopause, as it indicates there may be some underlying genetic, environmental or health behavior issues that we really need to focus on," he added.

The study, which is not published but will be presented this week at the American Heart Association's 2022 conference, examined data on over 153,000 women who participated in the UK Biobank, an ongoing study that examines genetic and health information on a half million people living in the United Kingdom.

"The scope and breadth of the data is important and impressive, but it doesn't give us the details we need to understand the study's full implications," Lloyd-Jones said.

The study adjusted for age, race, weight, educational and income level, cigarette and alcohol use, cardiovascular disease, diabetes and physical activities. It found that women who became menopausal before the age of 45 were 1.3 times more likely to be diagnosed with early dementia by age 65.

Early menopause, which occurs between age 40 and 45, iscategorized separately from premature menopausebefore age 40, but both can be caused by many of the same factors: a family history; autoimmune disorders, including chronic fatigue syndrome; HIV and AIDS; chemotherapy or pelvic radiation treatments for cancer; surgery to remove the ovaries and uterus;and smoking.

"Functional menopause due to surgery is less risky than biological menopause occurring early, as again it may be a red flag that other tissues are aging more rapidly, so a woman needs to really get with her doctor and have a plan to optimize all of her health factors," Lloyd-Jones said.

When women enter menopause, estrogen levels plummet, which may be one reason for the study's findings, said study author Wenting Hao, a doctoral candidate at Shandong University in Jinan, China.

"We know that the lack of estrogen over the long term enhances oxidative stress, which may increase brain aging and lead to cognitive impairment," Hao said in a statement.

Oxidative stress occurs when the body's antioxidant defenses can't keep up with an overabundance of radicals, or unstable atoms that can damage cells. Free radicals occur naturally in the body as a byproduct of cell metabolism, but levels can be raised by exposure to smoking, environmental toxins, pesticides, dyes and air pollution.

"However, I think premature menopause is a more significant signal than just being about estrogen," Lloyd-Jones said. "Just as gestational diabetes or preeclampsia should be a sign, premature menopause says this is a woman who is on the faster track to having a problem with her heart or her brain.

"Let's control everything else we can control about her diet, physical activity, weight and smoking with lifestyle changes and if needed, medication," Lloyd-Jones added.

There are a number of ways women who experience early menopause may be able to reduce their risk of cognitive decline, Hao said.

"This includes routine exercise, participation in leisure and educational activities, not smoking and not drinking alcohol (and) maintaining a healthy weight," Hao said. "Being aware of this increased risk can help women practice strategies to prevent dementia and to work with their physicians to closely monitor their cognitive status as they age."