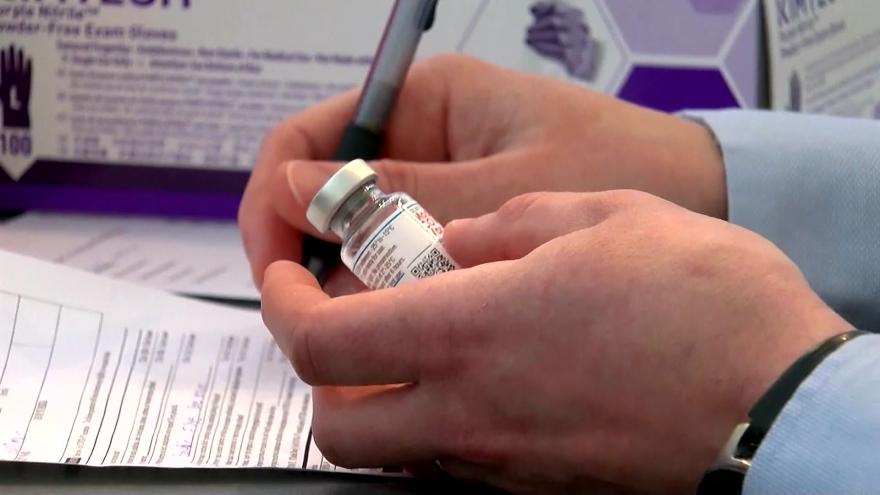 TORONTO (CTV Network) -- The Delta variant may have taken over as quickly as it did not only because of an increased infectivity, but because it is less affected by neutralizing antibodies produced by prior infection with COVID-19 or produced by vaccines, according to a new study that looked at the variant in a lab setting.

The COVID-19 vaccines have been proven to be highly effective at preventing death and serious illness even in the rare case of a vaccinated person contracting the virus. And in a recent U.K. study, out of more than 950,000 people who had received two shots, only 0.2 per cent had a breakthrough infection afterwards. But with the Delta variant on the rise, studying how it works helps us identify the best safety measures moving forward.

This new research, which was published Monday in the journal Nature Research, suggests that it may not be smart to relax public health measures just yet.

In late 2020, while the world was worrying about the emergence of the Alpha variant in the U.K., the Delta variant was first identified in the state of Maharashtra, India. It quickly spread through the region, rising above other variants, including the closely related Kappa variant, to become the dominant variant.

In order to look at how different variants react to neutralizing antibodies that fight COVID-19, researchers used serum from the blood of patients who had recovered from COVID-19 earlier in 2020.

When researchers looked at whether the antibodies present in this serum could neutralize SARS-CoV-2 in a lab setting, they found different results depending on the variant.

Researchers then looked at neutralizing antibodies from individuals who had received two shots of Pfizer or AstraZeneca. The antibodies were strong against the Alpha variant and original strain in lab tests, but were 8.2 times less sensitive against the Delta variant, for both vaccines.

Another aspect of the study involved replicating the human airway in a laboratory model. Researchers found that the Delta variant could reproduce faster and more efficiently in this environment than the Alpha variant could, described in the study as having a “significant replication advantage.”

Part of the reason Delta is so much more successful, the study stated, is that the Delta variant’s spike protein is shaped slightly differently, cleaved in a way that researchers say allows the Delta variant to replicate and enter cells more efficiently than other variants.

The very shape of the spike protein could allow for cell fusion in the respiratory tract and cause more significant disease, even in vaccinated individuals, compared to other variants, the study stated.

Researchers also analyzed COVID-19 breakthrough infections that occurred in more than 130 health care workers at three hospitals in India and Delhi, nearly all of whom had received two doses of AstraZeneca.

In one hospital, 10 per cent of the workforce was infected over a four-week period. In another hospital, 70 workers out of 4,000 developed symptomatic infections.

They found that in these cases, AstraZeneca was less effective against the Delta variant than other variants of the novel coronavirus.

When looking at these real-world infections, researchers noted that the median age and duration of infection was similar no matter which variant a person was infected with, “with no evidence that [Delta] was associated with higher risk of hospitalization.”

The lab data and the analysis of real-life cases sheds light on how the Delta variant has become the powerhouse that it has, while also warning of the need to stay wary, even as vaccination rates grow.

“Strategies to boost vaccines responses against variants are warranted and attention to infection control procedures is needed in the post vaccine era,” the study concluded.