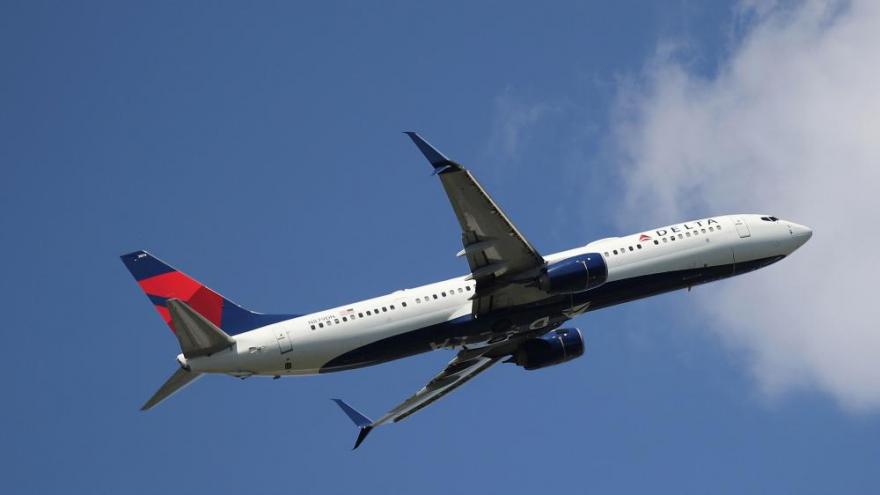 "Delta teams have been working through various factors, including staffing, large numbers of employee vaccinations and pilots returning to active status. We apologize to our customers for the inconvenience and the majority have been rebooked for the same travel day," a Delta spokesperson told CNN.

An airline source tells CNN that Delta addressed capacity issues they're facing Sunday and Monday by opening up some middle seats on flights to get customers routed quicker and more efficiently, something the airliner wasn't planning to do across its fleet until May 1.

In April 2020, shortly after the coronavirus pandemic began to spread in the United States, Delta reduced the number of passengers it allowed to board each flight and blocked the sale of middle seats. Other airlines followed suit, and a year later, Delta was the last remaining airline to keep middle seats unbooked.

But in response to expanded vaccine ability, the company announced Wednesday that it would lift its ban on middle seat booking starting May 1. And Delta CEO Ed Bastian said the company's research shows that 64% of its pre-pandemic passenger base anticipate having at least dose of the vaccine by that date.

The company also announced Wednesday that the credits customers received for canceling flights last year, which were to expire after 12 months, have been extended through the end of 2022. The same is true of any tickets purchased in 2021 that were later canceled.

As for current air travel, this weekend set a record for air travel during the pandemic. On Friday, a new pandemic-era travel record was set with 1,580,785 passengers traveling across the United States. And that number slightly dipped to 1,397,958 total passengers on Saturday.

Saturday marked the 24th consecutive day that more than one million passengers traveled by air across the US, according to data provided by TSA.