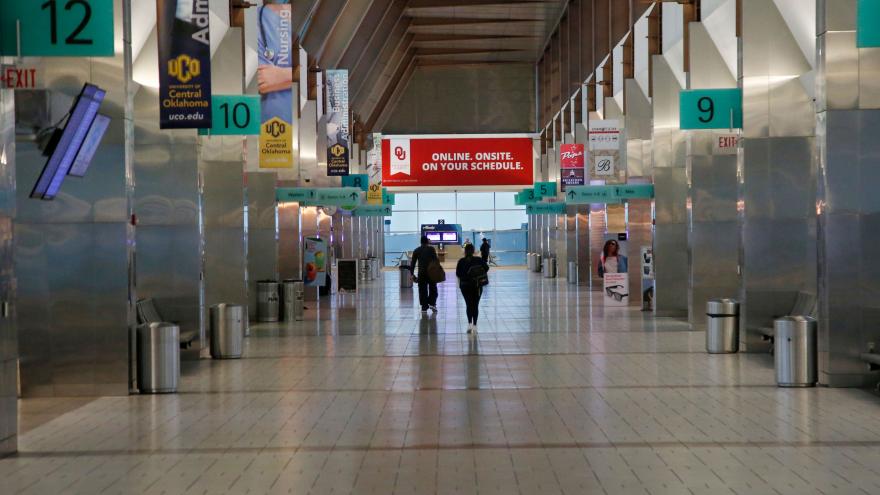 "The passenger assaulted a flight attendant," Oklahoma City Police Capt. Arthur Gregory told CNN. An air marshal on board Flight 324 also allegedly was assaulted while attempting to subdue the passenger, who was eventually restrained.

The Boeing 757-200 aircraft landed at Will Rogers World Airport at around 7:40 p.m. local time, Gregory said. The suspect, a man in his mid-30s, was removed from the flight and interviewed by the FBI.

The suspect was being held in a local jail overnight, said Gregory, who did not have information on the man's name or the charges he might face. There was no word on the nature of the injuries to the flight attendant and air marshal.

Delta Air Lines hailed the "quick action and professionalism of the crew and Federal Air Marshals" on the flight. "We apologize to our customers for the inconvenience," it said.

The flight left Oklahoma City after a delay of about an hour. Video from CNN affiliate KCAL/KCBS showed the plane landing at Los Angeles International Airport at 10:18 p.m. local time.