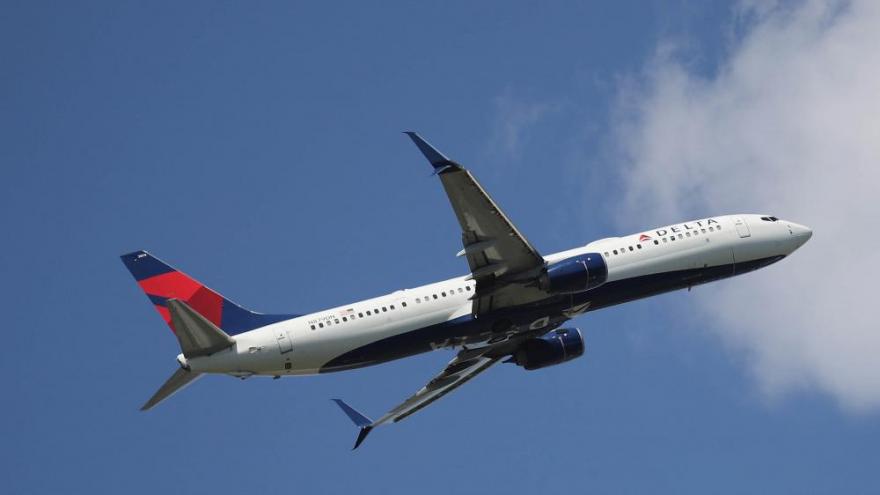 Delta Air Lines is paying a $50,000 fine to settle allegations it discriminated against Muslim passengers.

(CNN) -- The US Department of Transportation ordered Delta Air Lines on Friday to pay a $50,000 fine to settle allegations it violated federal law by discriminating against Muslim passengers.

The department released a consent order that alleges Delta "engaged in discriminatory conduct" against three Muslim passengers on two separate incidents in 2016, including one flight from Paris to Ohio and another flight from Amsterdam to New York City. In both instances, the passengers were removed from their seats after flight attendants and fellow passengers became nervous, citing their behavior, according to the order.

The order notes that the captain of an aircraft "is the final authority as to the operation of that aircraft, including any decision to refuse to transport a passenger." But the order says that authority does not allow discrimination based on "race, color, national origin, religion, ethnicity, or sex."

In both cases, Delta's corporate security department informed the flight crews of "no red flags" regarding the passengers.

The airline said in a statement to CNN that it strives to "model inclusion."

"While we understand that our best customer service was not reflected in how the incident was handled, we disagree with the Department of Transportation's contention that Delta engaged in discriminatory conduct," said Delta spokeswoman Emma Kate Protis. "For that reason, we have worked to improve our investigative process since these incidents and we have supporting programs, policies, training and procedures that back up our commitments in this area."

Delta disagrees with government's contention that it discriminated

In the order, Delta wrote that it disagreed with the department's contention that it engaged in discriminatory conduct.

"While Delta does not dispute that each of these two incidents could have been handled differently, Delta asserts that this fact does not necessarily lead to the conclusion that Delta acted improperly," according to the order.

In the Paris incident, a married couple, both US citizens, were boarding a flight from Paris to Cincinnati, Ohio, when a fellow passenger raised concerns with a flight attendant, although the passenger did not explain everything that made her nervous, according to the order

Another flight attendant walked through the cabin and observed Mr. X texting on his phone and as she passed, he changed his screen, according to the order.

The two flight attendants shared their observations with the captain, who then requested security officers remove the passengers for additional vetting, according to the order.

The couple was interviewed and cleared before the plane departed, but the captain "refused to accept" the passengers back on board because the flight attendants were "uncomfortable" having the couple travel on the flight, according to the order.

"It appears that but for Mr. and Mrs. X's perceived religion, Delta would not have removed or denied them re-boarding," the order says.

In its response, Delta wrote in the order that another customer, who identified herself as a retired Federal Aviation Administration safety inspector, reported what she considered to be suspicious conduct on the couple's part and provided a signed statement with her contact information.

The Amsterdam flight several days later returned to the gate over passengers' concerns that a fellow passenger had received "a small package" from "a person of similar ethnicity in the gate area," according to the order.

The plane began departing but "returned to the gate" because "the flight attendants expressed, without any intervening incident, that they remained uncomfortable," according to the order.

"Moreover, even though security inspected the area surrounding Mr. A's seat and his baggage was offloaded, Mr. A was not subjected to additional security screening prior to being rebooked," the order said.

Delta said that both flight attendants observed the passenger switch seats while on board and behave nervously.

"In short, in both cases, Delta maintains that it acted on observations of behavior, rather than identity," the order said.

All three passengers were booked onto later flights, the order says.

"That training must make clear that, in the absence of a valid safety or security concern, passenger or crew discomfort is not an acceptable basis to deny transportation," the order states.

The three passengers were not identified by name in the order and so could not be contacted for comment.

Delta said that after both incidents, the airline reviewed and clarified its procedures to investigate suspicious activity to make them more collaborative and objective than they were at the time of the incidents.

"Delta asserts that it has learned from the two incidents at issue here, and has improved its processes because of them," the airline wrote in the order.