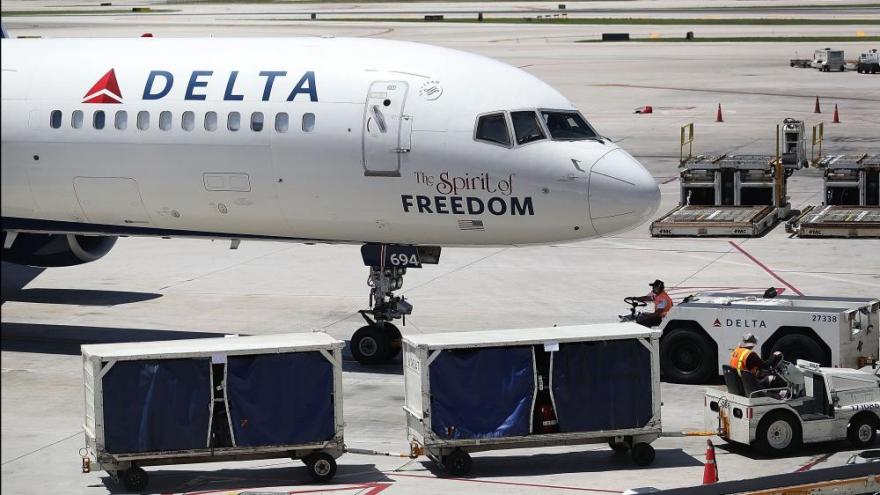 (CNN) -- A Delta employee was arrested at John F. Kennedy International Airport Thursday after he was seen taking a bag with approximately $250,000 cash instead of scanning and loading it onto a plane, according to a criminal complaint. Authorities say they have the surveillance video but are not releasing it at this time.

Quincy Thorpe, a Delta Ground Services employee, was arrested and charged Thursday related to the alleged theft at JFK Airport. He made his first court appearance and was released after posting $80,000 bond, according to a spokesman for the US Attorney's Office in the Eastern District of New York.

Thorpe's lawyer did not return CNN calls for comment Thursday.

Eight bags were supposed to be scanned and loaded onto the plane bound for Miami, but only seven were scanned and registered for the flight with Thorpe's identification, according to the complaint.

After Flight 1225 arrived in Miami, the security company that was transporting the bags, Victim Security Company, realized that one of them was missing, according to the complaint.

Thorpe called out sick to work in the two days following the September 24 theft. The FBI interviewed Thorpe at his home Thursday, where he admitted he was responsible for loading bags and knew the bags he was loading contained valuables, according to the complaint.

The FBI did not respond to requests for comment.

Delta acknowledged Thursday that one of their employees was being investigated in the theft, and told CNN that it was conducting an investigation into the matter.

"The alleged actions of this employee are unacceptable and in no way reflect the professionalism and values we expect from Delta team members," the airline said in a statement. "We are taking this situation very seriously and working directly with authorities on their investigation as well as conducting an internal investigation of our own."

JFK is no stranger to heists -- the Queens, New York, airport was the site of the infamous Lufthansa heist of 1978, in which $5 million in cash and $1 million in jewels were taken at gunpoint from a cargo terminal.

A law enforcement source previously told CNN that the bag contained $300,000 in cash.