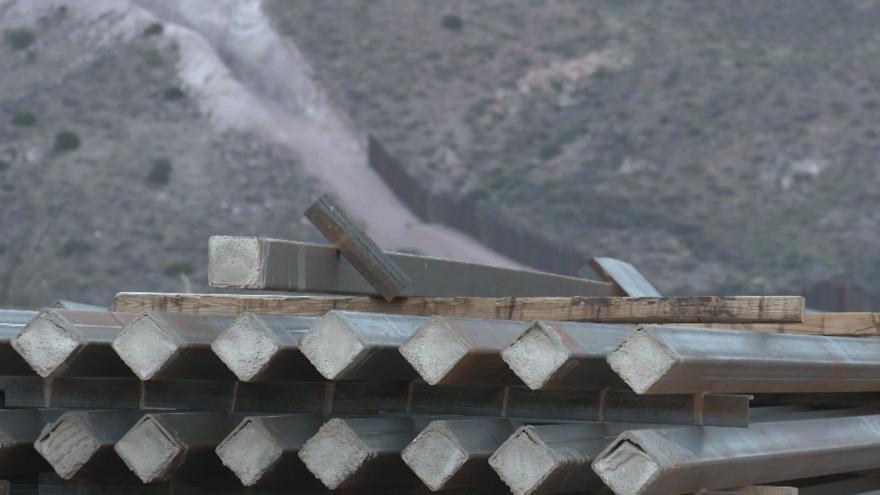 The Defense Department is canceling all contracts for wall construction on the US-Mexico border that used funds originally intended for military missions and functions.

(CNN) -- The Defense Department is canceling all contracts for wall construction on the US-Mexico border that used funds originally intended for military missions and functions, the department announced Friday, a significant action after the Trump administration dipped into Pentagon funds to build additional border barriers.

In one of his first actions in office, President Joe Biden ordered a pause on wall construction and called for a review of projects and funds. While that review is ongoing, the administration is taking steps to send back billions' worth of funds to the Pentagon, so that they can be used for their initial purpose.

"Consistent with the President's proclamation, the Department of Defense is proceeding with canceling all border barrier construction projects paid for with funds originally intended for other military missions and functions such as schools for military children, overseas military construction projects in partner nations, and the National Guard and Reserve equipment account," said Jamal Brown, deputy pentagon spokesman, in a statement.

"DoD has begun taking all necessary actions to cancel border barrier projects and to coordinate with interagency partners. Today's action reflects this Administration's continued commitment to defending our nation and supporting our service members and their families," Brown added.

Since 2019, more than 340 miles have been built in multiple locations along the border using Pentagon funds, according to US Customs and Border Protection.

The Department of Homeland Security also announced it will pick up some projects that had been ongoing and need to be addressed due to risks of flooding and soil erosion in Texas and California, saying in a statement: "As DHS continues to review the extensive problems created by the prior administration's border wall construction and develop its plans, the department will take the following initial steps consistent with the President's Proclamation to protect border communities."

An administration official said the projects will not involve expanding the border barrier.

Career officials at CBP were pushing the administration to finish some projects, particularly ones that involved the levee and others that were at risk of erosion, according to a Homeland Security official.

In 2019, then-President Donald Trump declared a national emergency that allowed his administration to dip into Pentagon funds for his signature border wall. The move received swift criticism from states, lawmakers and advocacy groups and became the subject of several lawsuits.

Those lawsuits have been put on hold since Biden came into office. Earlier this month, the Justice Department told the US District Court for the Northern District of California that the administration was still deciding on next steps for the US-Mexico border wall after the President called for a pause on construction.