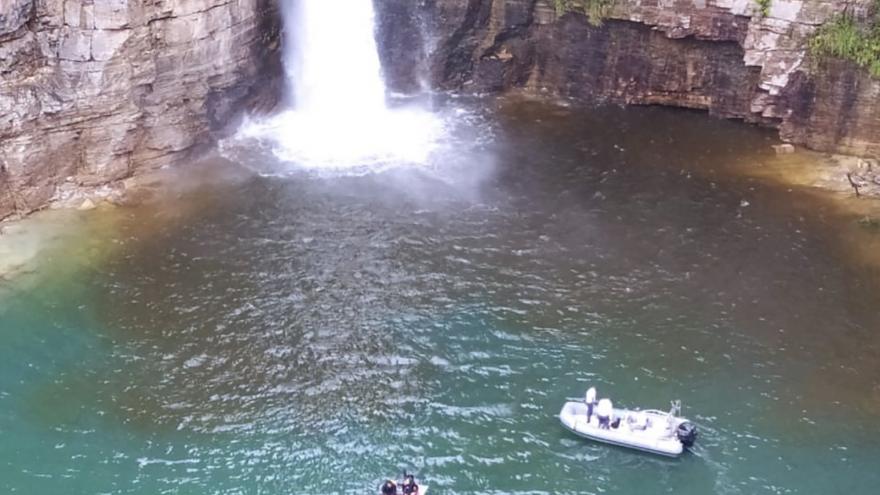 (CNN) -- Two more bodies were found Sunday afternoon after a massive rock fell on top of several tourist boats in the Brazilian state of Minas Gerais on Saturday, raising the death toll to 10, according to state media outlet Agência Brasil.

At least 32 people were injured in the incident, according to Pedro Aihara, a spokesman for the Minas Gerais Fire Department. Of those, 23 people with minor injuries had been discharged Saturday, Aihara said. Two people were treated with exposed fractures.

Authorities on Sunday were working to identify the dead, an effort that will continue for an indeterminate amount of time, according to CNN Brasil.

"We're not worried at all if it takes days, and if it is necessary, we'll keep working more," Passos Police Chief Marcos Pimenta said at a news conference, CNN Brasil reported.

Heavy rains were what caused the rock to be loosened at Furnas Lake, according to Romeu Zema, the governor of Minas Gerais.

"I stand in solidarity with the families at this difficult time," Zema wrote on Twitter. "We will continue to act to provide the necessary protection and support."

A video that was posted on social media showed tourists on other boats in the Furnas Lake shouting "get out of there" right before the rock fell.