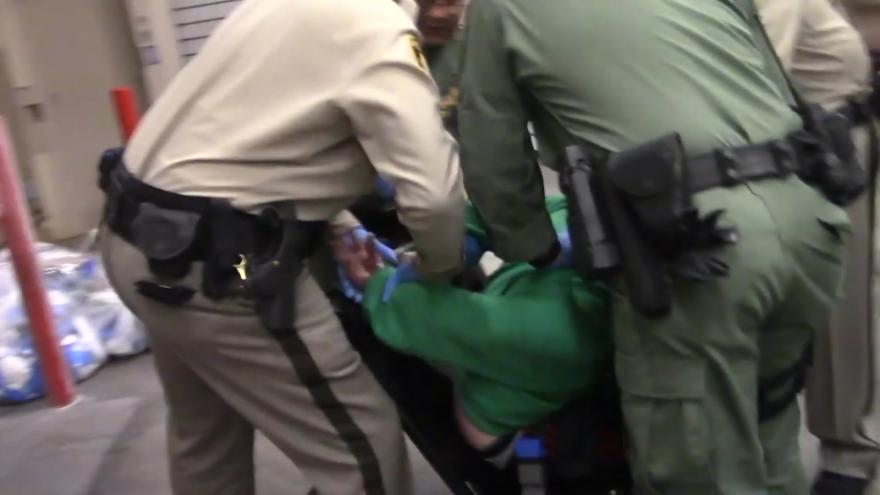 LAS VEGAS (AP) — A death of a Wisconsin man in Las Vegas two months ago has been ruled a homicide by the Clark County coroner's office.

Nicholas Farah of Appleton was put into a restraint chair by four Las Vegas Metropolitan Police officers March 31 at the county jail.

The coroner's office said Thursday the cause of death was asphyxia during restraining procedures with other significant conditions listed as methamphetamine intoxication and obesity.

The Las Vegas Review-Journal reports the 36-year-old Farah died at a hospital the night he was restrained.

Farah was arrested after a hotel's management told police he was acting strangely, repeatedly calling cabs and then refusing service when they arrived.

Police are conducting internal criminal and administrative investigations into Farah's death and the four officers involved are on administrative leave.