Deadly crowd surges have happened for decades. Safety standards exist, but they're not required nationwide 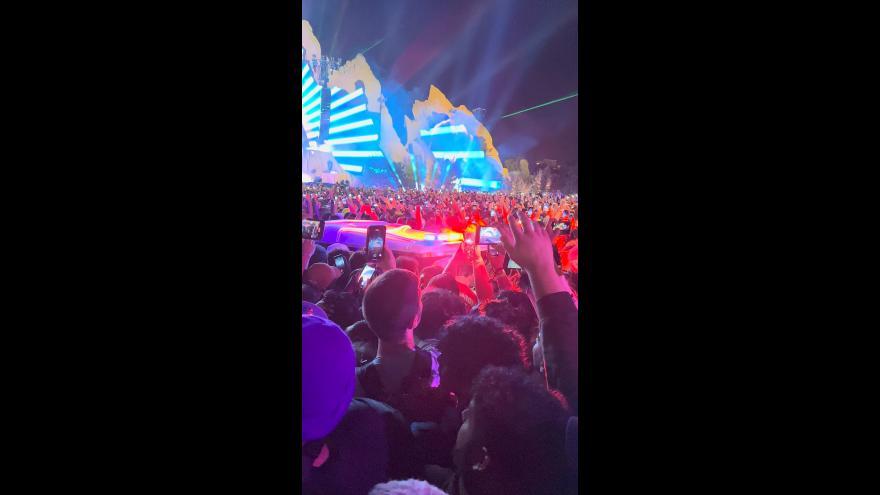 There is no federal law on crowd safety. But the National Fire Protection Association's 101 Life Safety Code is considered the gold standard, said Wertheimer, who founded the Crowd Management Strategies consulting firm after The Who concert tragedy.

(CNN) -- Paul Wertheimer has spent four decades trying to help prevent deadly crowd surges since a disaster at a concert by The Who changed his life.

Eleven young people, ages 15 to 27, died in a crowd crush at Cincinnati's Riverfront Coliseum in 1979.

"There were piles of shoes and clothing," said Wertheimer, who responded to the scene as the city's public information officer. "I couldn't shake the feeling after studying this incident and being there."

At the time, there were no federal regulations about crowd safety.

But the recent tragedy at Houston's Astroworld Festival, which killed nine people ages 14 to 27, has renewed questions about whether national regulations are needed -- and what can be done now to prevent another deadly crowd surge.

A hodgepodge of safety standards across the US

There is no federal law on crowd safety. But the National Fire Protection Association's 101 Life Safety Code is considered the gold standard, said Wertheimer, who founded the Crowd Management Strategies consulting firm after The Who concert tragedy.

The code is revised every three years and has been adopted in more than 400 jurisdictions and agencies -- from state fire marshals' offices to local governments, said engineer Tracy Vecchiarelli, the NFPA's standards lead for building fire protection and life safety.

The 2021 edition has several standards for crowd safety, including:

-- Having at least one crowd manager for every 250 occupants at an event.

-- There must be adequate access to exits. In areas without well-defined exits, the exits can be distributed around the perimeter as long as they can accommodate the entire crowd.

-- Life safety evaluations are required for events with more than 6,000 people. Those evaluations must detail safety measures in case of medical emergencies, natural disasters and other possible emergencies.

These are the warning signs a crowd is getting dangerously dense

But not everyone has adopted the NFPA code. And some have adopted various versions of it -- such as older versions or select chapters of the code.

That leaves a hodgepodge of laws and safety standards across the country.

"Of course, I would love for everybody to have the most up-to-date, most recent standards adopted and applied," Vecchiarelli said, "because that's what's going to create the safest environment for everybody."

She said anyone trying to see whether the NFPA safety code has been adopted in their area can check the NFPA CodeFinder.

When people are pulled 'like corks out of a wine bottle'

Festival seating -- where fans have no seats and can rush toward the stage -- is the most dangerous setup for crowds, Wertheimer said. It was used at the Astroworld Festival, where an estimated 50,000 people had gathered.

"The danger of festival seating is that it forces people to compete against each other because everybody's bought a ticket for the same price, and everybody is envisioning ... they have a right to that perfect spot in front of the stage," he said.

And the dangers of a crowd crush have been long documented.

"Intense crowd pressures, exacerbated by anxiety, make it difficult to breathe," John Fruin, a retired research engineer, wrote in a paper titled, "The Causes and Prevention of Crowd Disasters."

"At occupancies of about 7 persons per square meter, the crowd becomes almost a fluid mass. ... People may be literally lifted out of their shoes, and have clothing torn off," Fruin wrote in the paper originally presented in 1993 and revised in 2002.

"The heat and thermal insulation of surrounding bodies cause some to be weakened and faint. Access to those who fall is impossible. Removal of those in distress can only be accomplished by lifting them up and passing them overhead to the exterior of the crowd."

Wertheimer said these scenes have played out in numerous crowd crushes, with people "pulled out of the front of the crowd like a cork out of a wine bottle."

That doesn't mean festival seating should be banned, Wertheimer said. He said it can be "reasonably safe" when the NFPA standards are applied -- especially when it comes to limiting crowd density.

The importance of crowd management (not just crowd control)

Festival seating is just one factor that has contributed to deadly crowd surges, Wertheimer said. Another is improper crowd management.

There's a big difference between crowd control -- or trying to keep people in designated areas -- versus crowd management, which considers the psychology of the crowd and predicts what problems might arise.

The tragedy at The Who concert in 1979 happened on a cold December evening. Fans had already waited outside for hours, eager to rush in and get the best standing-room spot near the stage.

So when the fans outside heard the band performing a soundcheck, they mistakenly thought the concert had started -- leading to a deadly crowd crush to get in.

"Nobody communicated with the fans. Nobody knew what was going on," said Wertheimer, who was chief of staff for the Cincinnati Task Force on Crowd Control and Safety, which was formed after the disaster.

With proper crowd management, "the festival seating dangers would have been considerably, significantly reduced."

No nationwide standards on event permits

Most cities or other jurisdictions require permits for events of a certain size. But the safety requirements needed are inconsistent.

"There are permits systems, but they vary from state to state and city to city. This is part of the problem," said Wertheimer, who also served on Cincinnati's special event committee.

Without uniform, minimum standards, some jurisdictions can face a conflict of interest.

For example, local officials who want the economic boost of a major event may be willing to approve permits without pushing back on gaps in safety plans -- such as plans to prevent or mitigate crowd crushes in festival seating.

Some officials might fear losing the event to an area with a less stringent approval process, Wertheimer said. "There needs to be some national consistency."

If he were still on a permit committee, Wertheimer said he would never support a large event that had festival seating if there wasn't a clear plan to prevent or mitigate crowd crushes.

That would be a "glaring absence," he said.

How deadly crowd surges could be averted

Broader adoption of the NFPA's safety code would be a great start, said Vecchiarelli, the NFPA engineer. But just because a city, county or state doesn't use the NFPA's standards doesn't mean there are no safety rules.

"I think every jurisdiction probably has some type of code in place for emergencies and safety events," Vecchiarelli said. "So it's up to those local jurisdictions to enforce those."

Some cities can learn from other cities' tragedies. After The Who concert disaster, Cincinnati decided to open doors for large events at least 90 minutes before a show starts, rather than 30 minutes, to help prevent crowd surges, Wertheimer said.

Another way to help prevent a deadly crush is to have barriers subdividing festival seating areas.

"Just like you have breakers in the ocean to break the waves, put in one or maybe even two levels of barricades that run parallel to the stage," Wertheimer suggested.

In addition, "promoters need to be licensed -- and that should include requirements to have so many hours of training in event crowd safety," he said.

With many private employees working events, there should be a minimum "competency requirement for crowd manager training" -- with an emphasis on crowd management, not just crowd control, Wertheimer said.

Public and private emergency personnel should be able to communicate easily, he said. That could be in the form of special radio frequencies designated for the event, where private medics, the local fire department, private security and the local police department can quickly share important information.

He would also like to see states have "an effective, comprehensive permit application review" to see if any minimum safety requirements need to be strengthened.

With stronger safety measures in place, he said, future crowd crushes might be averted.