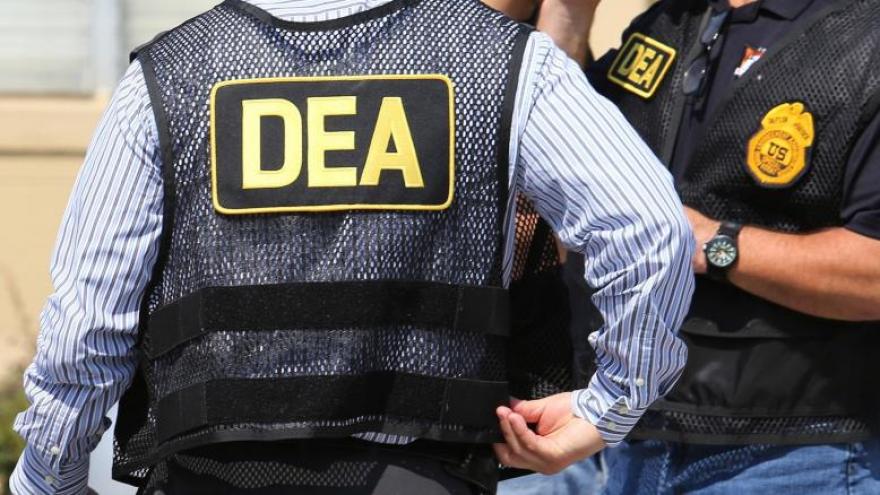 An agent with the US Drug Enforcement Administration is under investigation in connection with a scheme to launder millions of dollars for Colombian drug traffickers, CNN has learned.

(CNN) -- An agent with the US Drug Enforcement Administration is under investigation in connection with a scheme to launder millions of dollars for Colombian drug traffickers, CNN has learned.

The years-long conspiracy sometimes "involved the use of undercover accounts controlled by the DEA," according to court papers filed in US District Court in Tampa, Florida.

The agent is not identified by name but is characterized as a "co-conspirator" in the case against a long-time DEA informant who has pleaded guilty to money laundering for the Colombians.

The agent, according to court papers, received cash payments from an account containing hundreds of thousands of dollars in drug money. The agent also directed additional money to be deposited into the accounts of his family members, the documents state.

Though the case was filed in Tampa, the prosecution is being overseen by the US Attorney's Office in Atlanta, Georgia. The transfer of the matter to another jurisdiction is the sort of step federal authorities sometimes take in investigations involving allegations of official corruption.

Kurt Erskine, a top official in the US attorney's office in Atlanta, declined comment on the case.

The information about the allegedly rogue agent is contained in a plea agreement between federal prosecutors and former DEA informant Gustavo Yabrudi, a Venezuelan-born Miami resident.

Yabrudi's defense attorney, Leonardo E. Concepcion, said in an email that the case is "still active" and, "I cannot discuss it as this time."

Yabrudi worked on and off as an informant for the DEA from 2010 to 2016 with stints in New York, Boston and Miami, according to court records. He was deactivated at one point in 2013 for "unauthorized money movements."

According to court records, the agent identified as a co-conspirator instructed Yabrudi in 2015 to recruit someone to open a bank account under a false name in Miami. Hundreds of thousands of dollars "from illegal drug sales" was deposited into the account, the records state.

Neither the agent nor Yabrudi informed the DEA of the existence of the account, according to the court records.

The pair subsequently spread the money around among fellow conspirators who laundered the proceeds in various ways and got the money into the hands of traffickers in Colombia, the documents allege.

At least $7 million in "illegal funds" passed through a business account belonging to one co-conspirator, according to Yabrudi's plea agreement.Yabrubi was charged with money laundering in September. He agreed to plead guilty later that same month.

In December, federal prosecutors and Yabrudi's defense attorney filed a joint motion requesting that his sentencing be postponed for six months. He is currently set to be sentenced in May.

"The defendant is cooperating against others who facilitated sophisticated money laundering schemes, in part, by using undercover accounts that were shell companies and controlled by law enforcement," the motion states. "Some of the illegal proceeds laundered during these schemes derived from drug trafficking and public corruption related offenses." The agent's current status with DEA is unclear.