Day care worker accused of child abuse after video shows her throwing a toddler in a classroom, authorities say 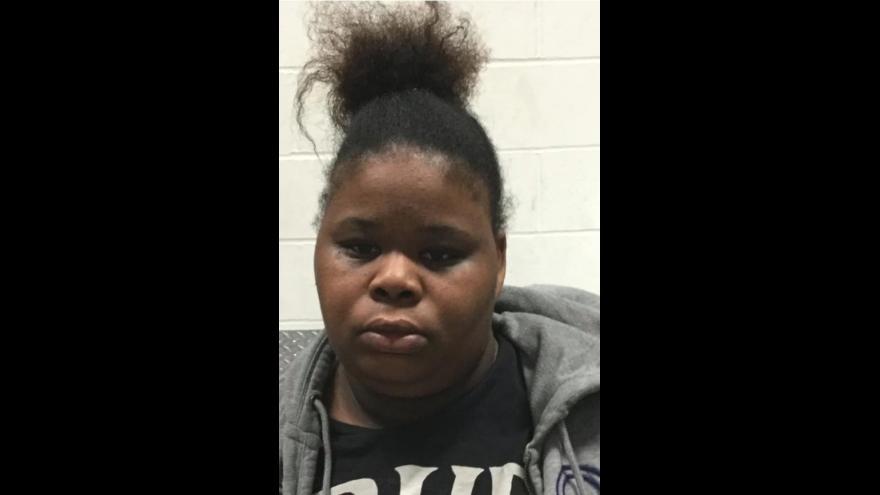 Wilma Brown, 27, has been charged with Abuse of a Child, a class B Felony, after allegedly throwing a 3-year-old across a classroom, according to a statement from the North County Police Cooperative.

(CNN) -- A day care worker in Missouri was charged Thursday with child abuse after she was captured on a surveillance video throwing a 3-year-old girl into furniture last month, police said.

The North County Police Cooperative identified the former employee as Wilma Brown, 27. A felony warrant has been issued for Brown's arrest after the incident on February 1 at Brighter Day Care and Preschool in Pine Lawn, outside St. Louis, police said.

Brown, who in the day care's surveillance video appears to grab the child, wrote that the child suffered a "bump on her head" after falling on the carpet, according to a copy of the unintentional injury form provided by the family's attorney, Jennifer Hansen.

The toddler was treated at a hospital for a gash in the middle of her forehead and swelling in her face. She received seven stitches, then was readmitted two days later after the wound became infected, Hansen said. The family grew concerned after the child's medical issues seemed to be more serious than initially reported, and asked to see the day care's surveillance footage.

On February 5, the family watched the footage with the day care's director, Hansen said. Brown was subsequently fired, according to Hansen and Timothy J. Smith, an attorney representing the day care.

Brown could not be reached Thursday for comment. Smith did not say when she was terminated.

North County Police Cooperative could not be reached Thursday.

The video shows the 3-year-old standing still at a desk before the employee approaches. The woman grabs the child by the arm, pulls her for several feet then appears to hurl her into a cabinet. A thud can be heard on the surveillance footage.

A family member recorded the surveillance footage on a cell phone and the family's attorney gave that video to CNN.

"Brighter Day Care and Preschool, Inc. will continue to follow guidelines and regulations to ensure the safety of the children," Smith said in a statement.

Lawyer: Day care called it a fall but it was an assault

Hansen said the 3-year-old's family "hopes that the release of the surveillance footage will result in justice for this child and ensure that other children are not harmed by the very people entrusted to keep them safe."

"In no world did this family have any idea that what was called a fall was actually an assault until they came to see that video," Hansen told CNN affiliate KTVI.

Hansen told the station: "The day care could've reviewed that footage at any time."

"They didn't, and they allowed the day care worker who assaulted this little girl to continue to work at the facility for five additional days," Hansen said.

The child's parents have requested that their names not be disclosed, but Hansen told CNN in an interview on Thursday they are willing to cooperate with any investigation into the incident.

Mom wonders what she could have done differently

Hansen said the 3-year-old's mother "feels terrible that this happened to her family."

She is "strong for her daughter, but privately she is wondering what she could have done differently," Hansen said.

"Providing a quality education in a safe environment is of the utmost importance to our teachers and staff," he said in the statement.

Missouri Gov. Mike Parson said in a statement: "After seeing this horrific video and videos from multiple cases in recent weeks, I am committed to doing everything I can to protect our children and grandchildren."

Hansen said the child is home from the hospital and her family is consulting with a plastic surgeon in the hopes of reducing the visibility of the scar on the child's forehead.

"This sweet little girl is getting lots of love and support from her family while she heals from her injuries," Hansen said in the statement.

A second employee of Brighter Day Care and Preschool was charged with child abuse Thursday in a separate incident, police said.

A police affidavit alleges that 22-year-old Ariana Silver grabbed a 4-year-old girl by the arm and punctured her skin with her fingernails before carrying the child by the foot and dropping her on a cot.

Police said the alleged February 4 incident was captured on video, although it is unclear whether that video will be released.

Silver was arrested on Thursday and is being held on $50,000 cash only bond. She was also fired from her job, according to a statement from the day care. CNN could not find an attorney listed for Silver.