David Graeber, author and activist known for popularizing the phrase 'We are the 99%,' dies 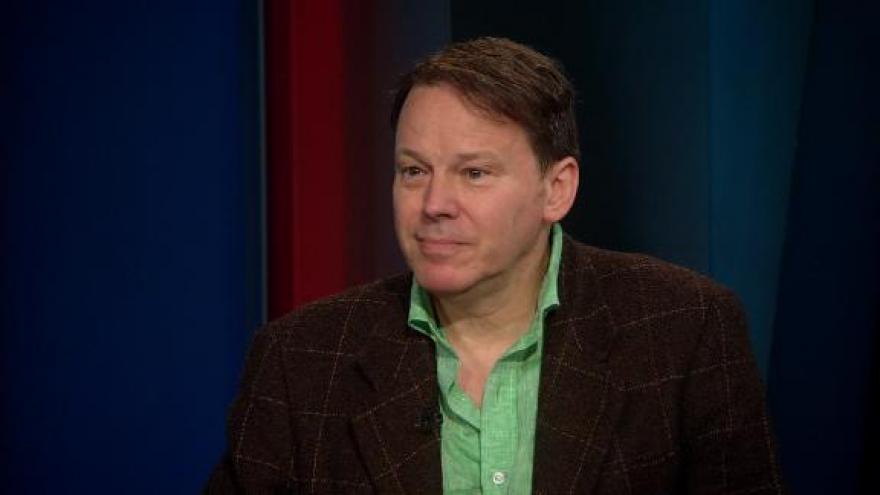 (CNN) -- David Graeber, an anthropologist and a leading figure of the Occupy Wall Street movement, has died, his wife told CNN. He was 59.

Graeber was a professor of anthropology at the London School of Economics, known for his sharp critiques of capitalism and bureaucracy as well as his anarchist views.

In his book "Bullshit Jobs: A Theory," inspired by an essay in 2013 that went viral, Graeber argued that large swaths of society were working in meaningless jobs that ultimately result in damaging psychological consequences. His book "Debt: The First 5,000 Years" focused on the history of how people have used credit systems to buy and sell goods.

"David was a hugely influential anthropologist, political activist and public intellectual," Laura Bear, head of the anthropology department at the London School of Economics, said in a statement to CNN.

"He will be greatly missed as a friend and colleague in our department. Our community of staff and students will not be the same now he is gone, but we know his brilliant work will be read by generations to come."

"Yesterday the best person in a world, my husband and my friend . @davidgraeber died in a hospital in Venice," she wrote.

The press office of the hospital told CNN that Graeber was in Venice on Wednesday and that his family called an ambulance after he wasn't feeling well. His cause of death has not yet been released.

Graeber was born and raised in New York by working-class parents, he noted on his website. His father was a plate stripper who fought as part of the International Brigades in the Spanish Civil War, while his mother was a garment worker who had been a female lead in a musical called "Pins and Needles."

He said on his website that he got into anthropology after he "was discovered by some Maya archaeologists because of an odd hobby I had developed of translating Maya hieroglyphics." He graduated from the State University of New York at Purchase with a bachelor's degree in anthropology in 1984.

After stints in places including Chicago and Madagascar, Graeber became a professor at Yale University. The university's decision in 2004 not to continue his contract generated controversy at the time, with Graeber and others suggesting the decision may have been motivated by his anarchist activism.

Graeber worked at Goldsmiths, University of London from 2007 to 2013, before becoming a professor at the London School of Economics.

Graeber became involved in alterglobalization movements beginning in 2000 and was a part of the initial meetings that launched Occupy Wall Street. Though he has been credited with popularizing the movement's slogan "We are the 99%," he notes that he didn't come up with it.

"No, I didn't personally come up with the slogan 'We are the 99%,'" he wrote. "I did first suggest that we call ourselves the 99%. Then two Spanish indignados and a Greek anarchist added the "we" and later a food-not-bombs veteran put the "are" between them. And they say you can't create something worthwhile by committee!"