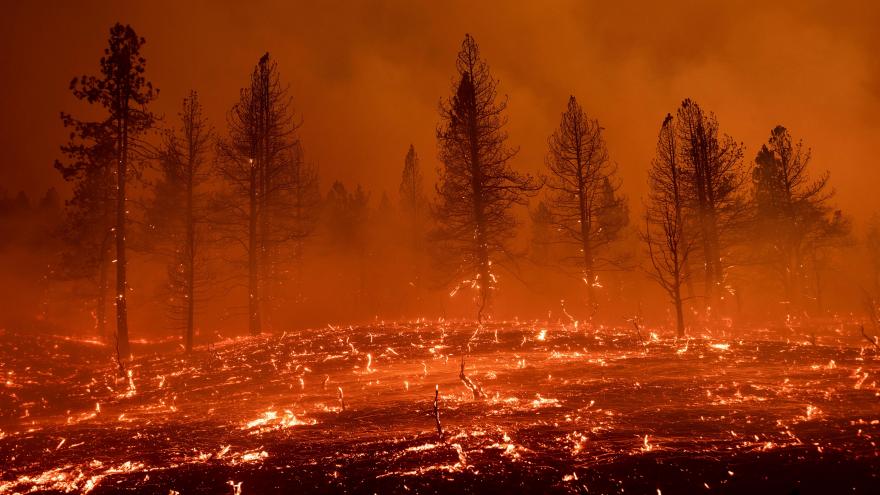 BLY, Ore. (AP) — Erratic winds and dry lightning are among the dangers for crews battling the nation's largest wildfire.

The Bootleg Fire is racing through parched Oregon forests just north of the California state line.

It's already burned an area about the size of Los Angeles.

Thousands of people are under evacuation orders. Nationwide, about 70 large fires are burning.

One fire spreading south of Lake Tahoe jumped a highway, prompting the closure of the Pacific Crest Trail and the cancellation of an extreme bike ride known as the "Death Ride."