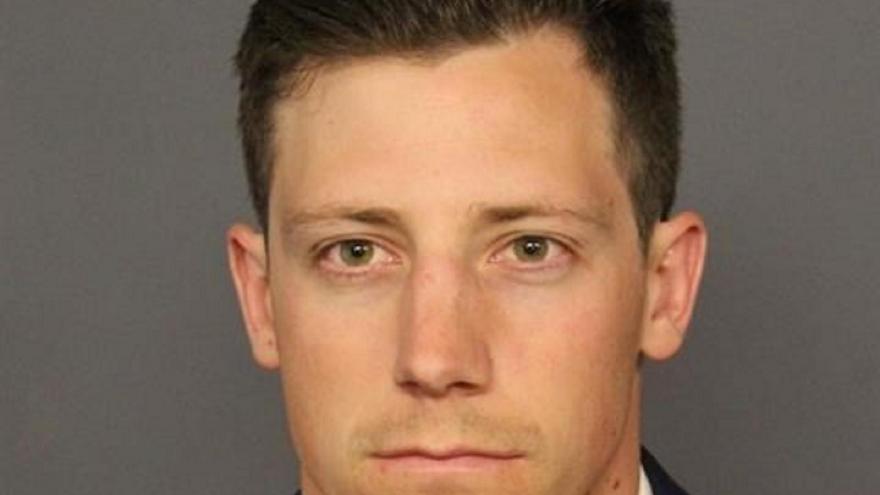 The FBI agent who unintentionally shot someone while dancing in a Denver bar will not face jail time, said Denver District Attorney Beth McCann.

(CNN) -- The FBI agent who unintentionally shot someone while dancing in a Denver bar will not face jail time, said Denver District Attorney Beth McCann.

In a press release Friday, McCann said Chase Bishop, 30, pleaded guilty during a disposition hearing to third-degree assault. The plea agreement meant Bishop was sentenced to 24 months of supervised probation, which he can complete out of state, the release says. Bishop will also have to pay a $1,200 fine and pay into the Victim's Assistance Fund, according to CNN affiliate KMGH.

"We believe that this agreement strikes an appropriate balance of seeking justice for the victim and ensuring that this type of incident does not happen again," McCann said.

The victim, Tom Reddington, 24, told the judge Friday that his life changed the night he was shot, according to The Denver Post. He said he lost his job working at an Amazon warehouse, has chronic pain in his leg and thinks he may not be able to ever run again, the Post said.

"Being in public, especially seeing law enforcement with guns, makes me very uncomfortable," the Post quoted Reddington as saying.

However, Reddington also said he "holds no personal grudge against Mr. Bishop."

"I've done stupid things at bars to impress girls, too," Reddington said, according to the Post.

The Post reported that Bishop told the judge Friday, "My whole goal in life is to care, protect and serve people. I never expected the result of my actions to lead to something like this."

CNN was attempting to reach an attorney for the agent and the FBI.

In June, Bishop was showing off his moves in the center of a dance circle at Mile High Spirits bar when he launched into a back handspring. During the move, a gun fell out of his waistband holster and onto the floor, Denver police said.

He moved to pick the weapon up and unintentionally fired one shot, police said. Bishop then put the gun back in his pants and walked away with his hands up.

One person was struck in the lower leg, police said. An attorney for the victim told CNN affiliate KMGH that the bullet hit the victim's main artery and that he could have bled to death if not for a person who applied a tourniquet.

Mile High Spirits bar said at the time that the patron who was shot was welcome to complimentary drinks forever at the bar.