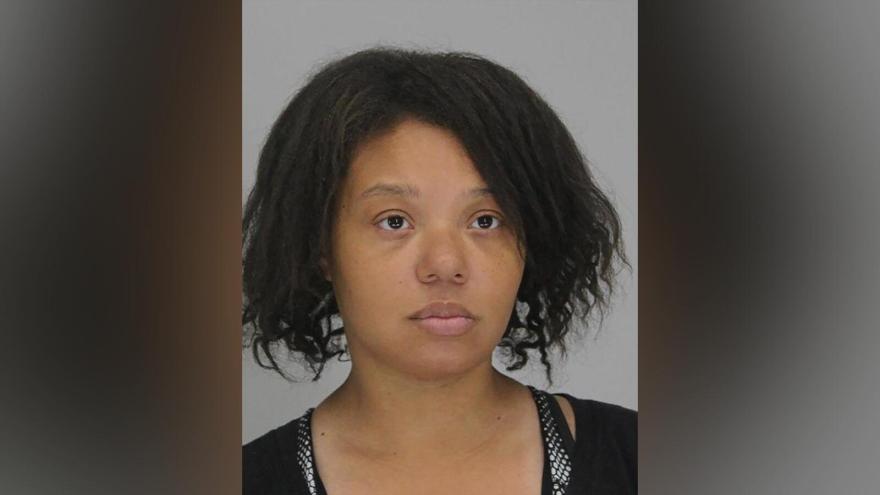 Portia Odufuwa has been charged with aggravated assault against a public servant, and other federal charges are possible, police said.

(CNN) -- The Dallas Police Department released edited surveillance and body camera video of a woman who fired a gun at Dallas Love Field Airport Monday and was taken down by a police officer.

Portia Odufuwa, 37, has been charged with aggravated assault against a public servant, and other federal charges are possible, Dallas Police Chief Eddie Garcia said in a news conference Tuesday.

Odufuwa has not yet been assigned an attorney, according to Connie Basurto from the Dallas County Public Defender's Office.

Airport surveillance video without audio shows Odufuwa exiting a red Kia Sedan outside the airport Monday. According to Garcia, the driver was an Uber driver who is not under investigation.

Odufuwa is then seen on surveillance video inside the airport walking into a restroom. Approximately five minutes later, according to Garcia, Odufuwa walked out of the bathroom in a black hoodie with the hood pulled up over her head and with her hands in her front pockets.

According to Garcia, Odufuwa walked to the Southwest Airlines ticketing area, stating she had an announcement to make.

At one point, surveillance video shows Officer Ronald Cronin, a 15-year veteran of the Dallas Police Department, begin to walk toward Odufuwa.

"Witnesses say Odufuwa started to ramble, talking about a marriage, incarceration and that she was going to blow up the airport, and then pulls a handgun from her sweatshirt," Garcia said.

Cronin can be seen reacting to Odufuwa's actions and trying to engage with the suspect as people in the airport tried to take cover.

Cronin commanded the suspect to drop the weapon, according to Garcia.

"Odufuwa pointed her gun at Officer Cronin and an innocent bystander," he said. "Officer Cronin took cover behind the ticket kiosk and fired his department-issued weapon, striking the suspect multiple times. Officer Cronin held his position, and other Dallas Police Department officers arrived to take the suspect into custody."

Cronin can be seen on surveillance video pointing his gun at Odufuwa, and Odufuwa falls to the ground. Several police officers entered the terminal to assist.

Odufuwa was taken to an area hospital where she underwent surgery for her injuries, according to the chief. She is in stable condition.

Investigators discovered through processing the scene that rounds in Odufuwa's weapon indicate that she had shot at Cronin, Garcia said.

The weapon was not registered to Odufuwa, according to Garcia.

Odufuwa has been prohibited from possessing a firearm since August of 2018, according to the chief.

The suspect's actions prior to arriving at the airport are still under investigation, as is the motive for the shooting, according to Garcia.

Finding the motive behind Odufuwa's actions is "incredibly important," he said.

Cronin's actions at Love Field Airport were those of a "warrior," he said.

"He didn't hesitate in engaging, managing to give commands to potential victims attempting to guide them to safety, even after being involved in the most traumatic scenario of our beloved profession. I know his actions saved lives and prevented more injuries," Garcia said.