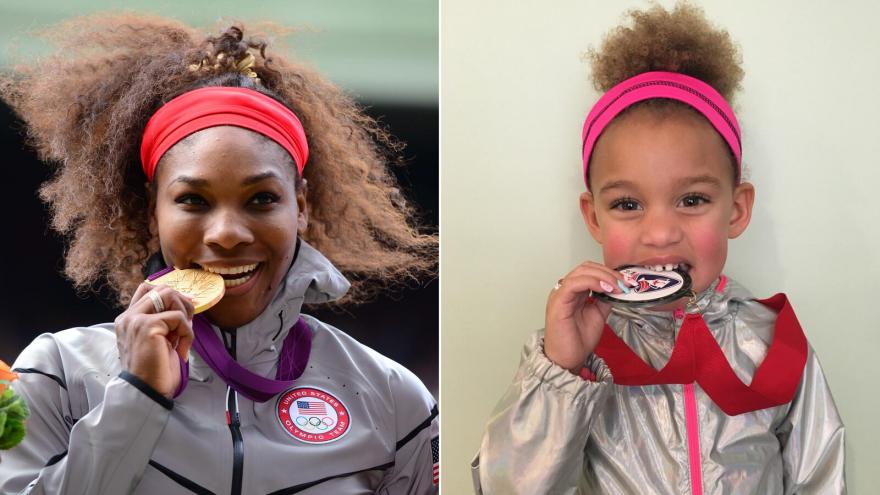 (CNN) -- One Michigan mother is using a daily game of dress-up to teach her daughter about some of the most influential Black figures.

For the third year in a row, Taylor Trotter is dressing her daughter Paisley as some of the most influential Black trailblazers. Every day she takes a picture of Paisley dressed as a different historical figure, posts a side-by-side picture on Facebook, and adds a caption explaining each person's contribution to American history.

Trotter came up with the idea while taking a child psychology class at school, where she learned about the struggles of children from biracial backgrounds. Trotter said the class helped her realize that it can be challenging for children from multicultural backgrounds to identify with a group and learn who they are.

"I knew I had to make a conscientious effort to teach her about the Black side of her and the Black history," Trotter said. "And I want this to help her become confident in loving who she is."

At the end of each year, Trotter collects the pictures and captions and creates a book. She and Paisley look at it throughout the year, giving them the chance to continuously learn and pay tribute to these historical figures.

"This teaches her that just because people are different doesn't mean they aren't worthy."

As the pair prepared for the annual project, Trotter noted that this year, she wanted to highlight the lives of Black Americans lost to police brutality. She's collected 10 people that she wishes to pay tribute to, one of which dates back to the 1970s.

"I'm just trying to bring awareness that this is a systemic problem and people are passing this hatred in their hearts down from generation to generation," Trotter said.

Trotter told CNN she thinks that it's important for her to be honest with her daughter about the systemic problems America faces.

"Racism doesn't have an age, so kids are never too young to learn about it," Trotter said. "I don't want to send her into the world blindsided to the fact that people may treat her differently just because of the way she looks."

Trotter recognizes the differences and similarities between her and her daughter, She says that having a biracial daughter has broadened her point of view.

"These aren't necessarily things that I've had to think about before," Trotter said. "It's helped me as a mom and I feel like I'm doing my part in educating my daughter and creating change."

You can find the daily Black History month posts on their Facebook page.