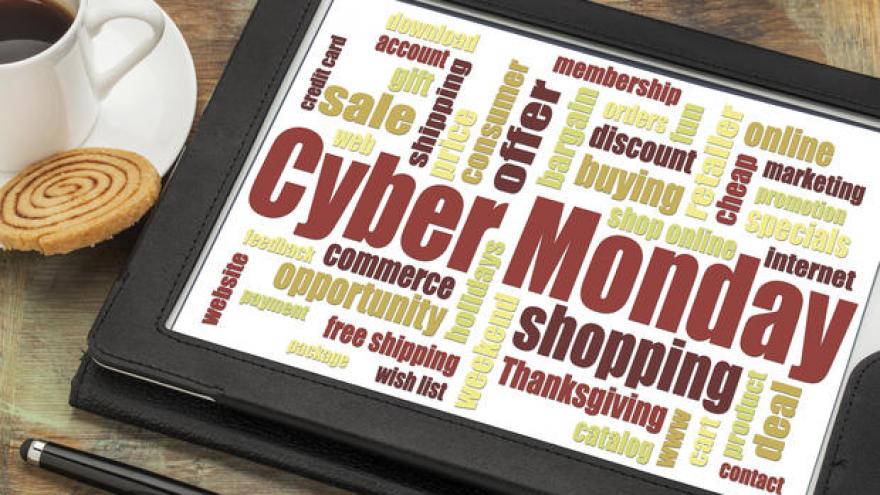 WASHINGTON (AP) — Shoppers heading online to purchase holiday gifts will find they're being charged sales tax at some websites where they weren't before. The reason: the Supreme Court.

A June ruling gave states the go-ahead to require more companies to collect sales tax on online purchases. Now, more than two dozen have moved to take advantage of the ruling, many ahead of the busy holiday shopping season.

"Will your shopping bill look any different? ... The answer right now is it depends," said Jason Brewer, a spokesman for the Retail Industry Leaders Association, which represents more than 70 major retailers.

Whether shoppers get charged sales tax on their online purchases comes down to where they live and where they're shopping.

Before the Supreme Court's recent decision , the rule was that businesses selling online had to collect sales tax only in states where they had stores, warehouses or another physical presence. That meant that major retailers such as Apple, Best Buy, Macy's and Target, which have brick-and-mortar stores nationwide, were generally collecting sales tax from online customers. But that wasn't the case for businesses with a big online presence but few physical locations.

Now, states can force out-of-state sellers to collect sales tax if they're doing a fair amount of business in the state. That means retailers such as Overstock.com, home goods company Wayfair and electronics retailer Newegg can be required to collect tax in more states. Those companies were involved in the case before the Supreme Court, but a wide range of businesses from jewelry website Blue Nile to clothing and outdoor company L.L. Bean and electronics retailer B&H Photo-Video are also affected.

Where online shoppers live also can affect whether they're being charged sales tax.

States had a strong interest in taking advantage of the Supreme Court's decision by passing laws or publishing regulations prior to this holiday shopping season if at all possible, said Richard Cram of the Multistate Tax Commission, which works with states on tax issues. Those that did have generally been following the lead of South Dakota, which brought the issue to the Supreme Court. South Dakota requires sellers who don't have a physical presence in the state to collect sales tax on online purchases if they do more than $100,000 in business in South Dakota or more than 200 transactions annually with state residents.

A host of states — Alabama, Illinois, Indiana, Kentucky, Maryland, Minnesota, Nevada, New Jersey, North Dakota, Washington and Wisconsin — began enforcing their own requirements starting Oct. 1. And about another half a dozen states will start in the next two months.

But a number of big states, including California, Texas, New York and Florida, do not yet have similar collection requirements in place. As a result, consumers shopping online from those states and others that have yet to act may not be charged sales tax on some websites for a little longer. Online shoppers in those states — particularly those making expensive holiday purchases like televisions, computers and luxury goods — may be motivated to try to purchase from a website that isn't charging them sales tax. While that may look like a sweet tax savings, shoppers are generally supposed to pay the tax to the state themselves, but few do.

Still, it's getting harder to find sellers that aren't collecting sales tax online, said lawyer Eric Citron, who was involved in the Supreme Court case. And Citron said it will become even harder in 2019, with more states putting in place expanded sales tax collection requirements. States also have websites such as eBay, Etsy and Amazon in their sights.

Amazon collects sales tax when customers purchase goods it sells, but third-party retailers selling products on Amazon make their own sales tax collection decisions. Sellers on eBay and Etsy also make their own decisions. Now states are working to require those large marketplaces to collect taxes on behalf of sellers using their platform.

"States tend to use the powers that the Supreme Court gives them, especially when it comes to collecting taxes," Citron said.