Customs officers seize fake championship rings that -- if genuine -- would have been worth nearly $2.4 million 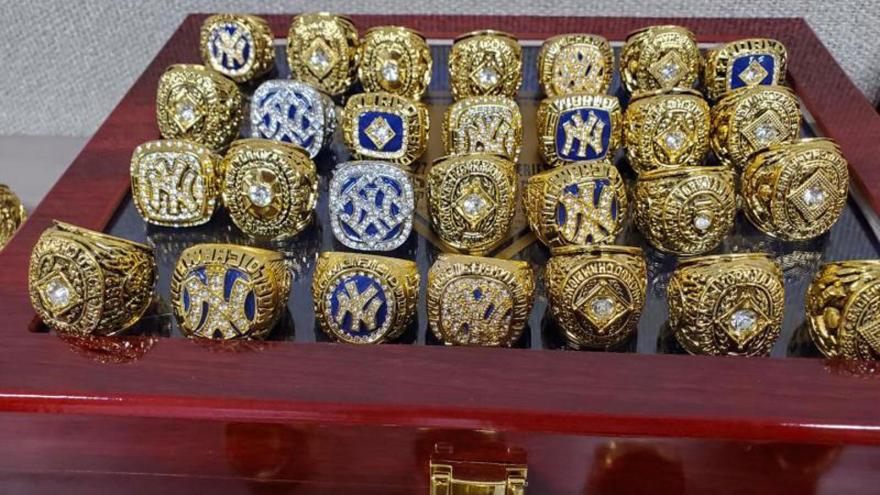 (CNN) -- US Customs and Border Protection officers recently seized 86 counterfeit championship rings that would have been worth $2.38 million if they had been authentic, the agency said.

On September 13, officers at the Chicago port of entry found 34 fake New York Yankees rings, 24 from the Chicago Bulls, 22 from the St. Louis Cardinals and six from the Philadelphia Eagles, the CBP said in a news release. The shipment from China was headed to a residence Florissant, Missouri, the agency said.

"Shipments like these prey on the many sports fans across the nation who may be scammed into paying high prices for fake memorabilia," LaFonda Sutton-Burke, director of field operations at the agency's Chicago office, said in the release. "I'm extremely proud of these officers' determination in stopping illicit shipments, and our commitment to protecting the American economy."

This seizure comes a month after customs officers in Cincinnati seized two shipments from China and Hong Kong that contained a total of 500 counterfeit Cartier Love bracelets and rings. The jewelry would have been worth more than $5.2 million if it had been authentic.

The CBP said that in fiscal year 2019, the agency seized nearly 27,600 shipments containing counterfeit goods that, if genuine, would have been worth more than $1.5 billion.