Customs officers in Texas seize over $4.3 million in meth 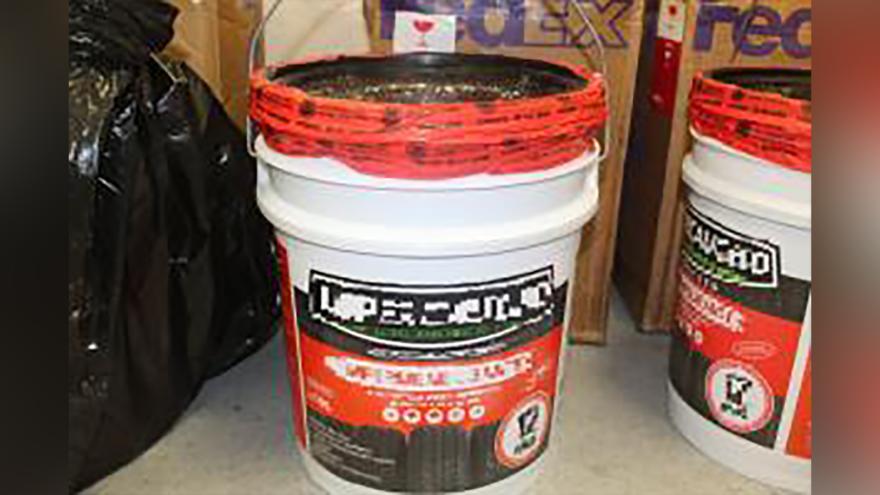 (CNN) -- Customs officers in Laredo, Texas, confiscated methamphetamine -- with a street value of a whopping $4.3 million -- that was hidden in a tractor-trailer.

US Customs and Border Protection field officers made the seizure Monday at the World Trade Bridge, a news release from the agency states. The bridge connects the United States and Mexico over the Rio Grande.

An officer sent a tractor-trailer hauling water-based rubber for further inspection -- which led to the discovery of five buckets holding around 216 pounds of methamphetamine worth $4,321,897, the release states.

"This drug bust exemplifies our ongoing efforts to fight against mass production of hard narcotics and attempts to smuggle them through the southern border," said Alberto Flores, port director at the Laredo port of entry, per the release.

Customs and Border Protection officers has seized a total of 133,000 pounds of methamphetamine nationally so far in this fiscal year starting in October, according to the agency's website.