Crypto is making a comeback 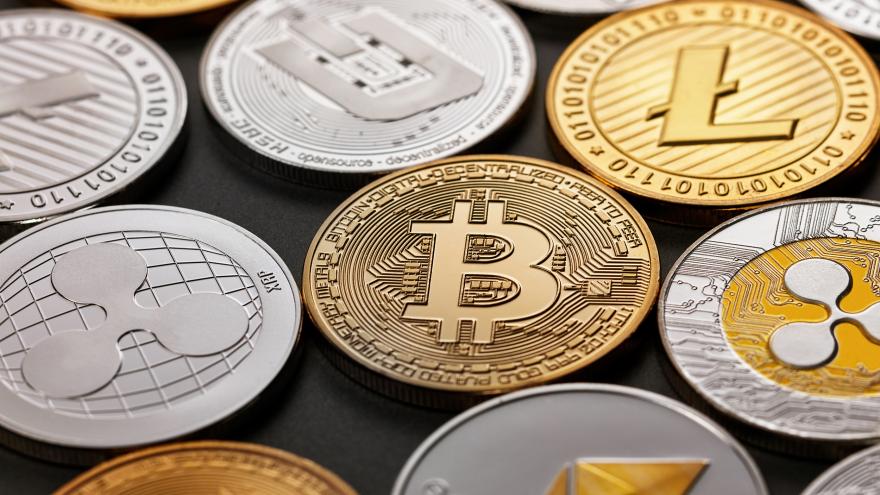 (CNN) -- Is the crypto winter finally over? (And in the scorching heat of summer no less?)

The prices of ethereum and other leading digital currencies have also rallied in the past two months, leading to hopes that this nascent market may have reached its bottom.

But the optimism could be premature, and fleeting. Companies with direct ties to the crypto landscape continue to struggle.

Coinbase reported a loss for the second quarter after the closing bell Tuesday. That follows Monday's revenue warning from Nvidia, whose graphics cards are a key component in many bitcoin mining rigs.

With all this in mind, some experts think that bitcoin may be stuck in a narrow range for the foreseeable future. So yes, investors may not have to fear that prices will fall much further. But a huge rally may not be in the cards either.

"Bitcoin treads water," wrote Martin Hiesboeck, head of blockchain and crypto research at Uphold, a crypto wallet firm, in a recent report. "The market is subdued."

Hiesboeck added, though, that it is encouraging to see that "every move down is immediately met with large orders" for buying from big institutional investors. But he expects the breakneck volatility that has become a hallmark of crypto trading to continue.

"Many investors are concerned the macroeconomic outlook won't improve anytime soon, so they sell every price increase. At the same time, institutions and savvy investors seem to think that bitcoin has formed a bottom and continues to accumulate," he said, adding that "such moves often drive excessive price action."

This type of volatility could finally subside a bit as more traditional Wall Street firms enter the crypto market. Bitcoin bulls point out that a recent deal between Coinbase and money management giant BlackRock is a promising sign.

"The partnership between BlackRock and Coinbase is a massive deal," said Jack Cameron, co-founder of Luna Market, a metaverse advertising and tech company, in an email.

Cameron added that since there "is still a stigma" associated with bitcoin, having more companies like BlackRock diving into thedigital asset sector is good news.

"The more institutional money [that] joins the space, the better it is for all holders of crypto," he wrote.

That may be true. But in the short-term, investors may be waiting to see what happens on the inflation front. Bitcoin, despite the hype from proponents about it being digital gold, has turned out not to be an asset that performs well when inflation pressures are mounting and interest rates are spiking.

So investors might first need to see some signs that inflation pressures are finally starting to peak before deciding to push bitcoin prices even higher. Traders will have a better sense of that after the eagerly awaited consumer price index (CPI) report for July comes out Wednesday morning.

"Inflation is what killed bitcoin late last year, and if pricing pressures are showing significant signs of easing, bitcoin might be able to burst above its recent trading range," Edward Moya, senior market analyst for the Americas at OANDA, a foreign exchange trading company, said in a report.

Is inflation finally starting to cool off?

Inflation is on the minds of consumers, investors, politicians and, of course, the Federal Reserve. Will the pace of price increases finally start to cool a bit?

Economists surveyed by Reuters are forecasting that consumer prices rose 8.7% over the past 12 months. That is still an historically high level but it would be a slowdown from the 9.1% increase through June.

Investors recognize that inflation isn't going to magically disappear overnight. But any signs of pricing pressures beginning to abate (even modestly) should be cheered.

Consumers would be thrilled, too. My CNN Business colleague Nathaniel Meyersohn reported earlier this week that food giant Tyson has noticed a big impact from inflation: shoppers are ditching more expensive beef for cheaper chicken. Americans have been routinely faced with sticker shock at the supermarket in the past year.

But there is some good news for consumers who prefer clicks to bricks. My colleague Matt Egan reports that after a more than two-year stretch of monthly increases in online retail prices, Adobe recently reported that e-commerce prices fell 1% year-over-year in July.

Prices for electronics and toys sold online dropped by the largest amount. Apparel was cheaper to buy online, too. But grocery prices rose in July. And the prices of pet products online surged nearly 13%, hitting a record in the process.

As a relatively new owner of two kittens, which means I'm also now a Chewy customer, I now totally understand the urge to spend big on furry friends.

Inflation is a global problem. And it's particularly painful for consumers in the United Kingdom, who face the prospect of significantly higher energy bills this winter.

My CNN Business colleague Anna Cooban notes that about a third of British households will see their income fall below the poverty line after they pay heating bills in the first quarter of 2023.

That's because energy costs are expected to more than double by January. Energy prices have already spiked 54% this year, which has led some Brits to choose between "heating and eating." The British government approved a relief package earlier this year for consumers to try and ease this inflationary burden.

But some argue that the support doesn't go far enough to offset the rapidly surging costs of fuel. And more stimulus checks may not be in the cards either. UK foreign minister Liz Truss, who is the leading contender to replace Boris Johnson as the UK's next prime minister, has proposed tax cuts ... but not more direct aid.