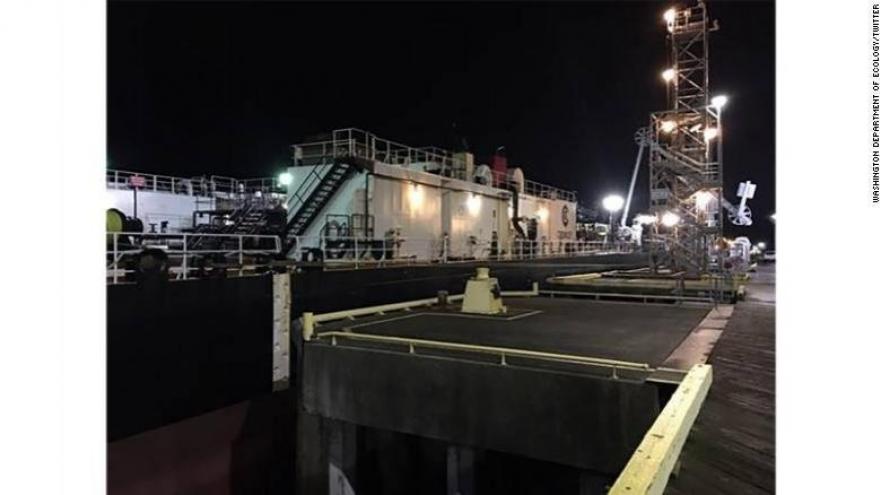 State officials say the crude oil sheen on the water covers an area about 225 feet by 30 feet.

"There were no impacts to the shoreline or wildlife," department spokeswoman Cheryl Ann Bishop said in an email.

The spill happened Friday night when a Crowley Maritime barge was transferring 5 million gallons of oil to the Shell Puget Sound Refinery. The agency tweeted earlier Saturday that it and the US Coast Guard were responding.

Approximately 20 gallons of oil were spilled but only 5 gallons reached the water and that oil was within an area that was boomed before the oil transfer started. The Department of Ecology reported the crude oil sheen on the water covered an area approximately 225 feet by 30 feet. The department said the cleanup was complete at 8:30 a.m. on Sunday.

A state law that requires deploying a boom before an oil transfer over water was "in part" the reason why damage was limited and the clean-up so quick, Bishop said.

A containment boom was in place and "responders are actively working to recover the spilled material," Shell Puget Sound Refinery said in a news release posted on its website earlier Saturday.

The refinery said later that the source of the spill was identified to be a pressure relief valve on the barge.