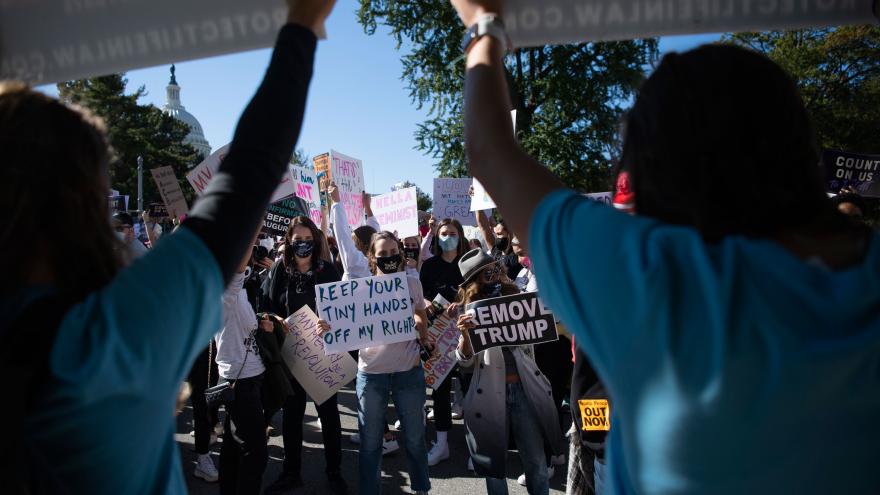 Women and allies gathered in Washington, DC, and several other cities around the country to protest President Donald Trump's nomination of Amy Coney Barrett to the Supreme Court and urge women to vote in the upcoming election.

"I want my country back," Barbara Moore of Arlington told CNN affiliate WJLA.

The crowd marched from Freedom Plaza to the National Mall, some carrying signs with messages like "Hell no, Amy must go!" and "You call us nasty because you are afraid of what strong women can do."

Karen Ehrgott said she traveled from the Philadelphia area to attend the march to protest Barrett's nomination and the push to confirm her before the November 3 election.

"It's a mess. It's really, really a mess. I am very, very fearful of our democracy," Ehrgott told CNN. "I thought it was thriving and nothing could ever happen, but clearly it's a lot more fragile than we understood it to be."

Trump has pointed to the November 3 election as a reason for seeking swift Senate confirmation of Barrett, a federal appeals court judge who would be his third appointee to the nine-member bench. The President has said he believes the Supreme Court could ultimately decide whether he or his Democratic opponent, former Vice President Joe Biden, is the winner of the election.

Saturday's event is the second Women's March this year. Partially due to the pandemic, the crowd was much smaller than the January 18 event and even more than the first-ever Women's March in 2017, which may have been the largest single-day protest in US history.

Simultaneous marches were held in other cities including Denver, New York and Nashville.

The Women's March organization has suffered from growing pains since its first show of force in 2017.

Controversy and allegations of anti-Semitism surrounding its founders eventually led to three of them stepping down from the board last year. They had denied the allegations. The Women's March then appointed 17 new leaders to the board. 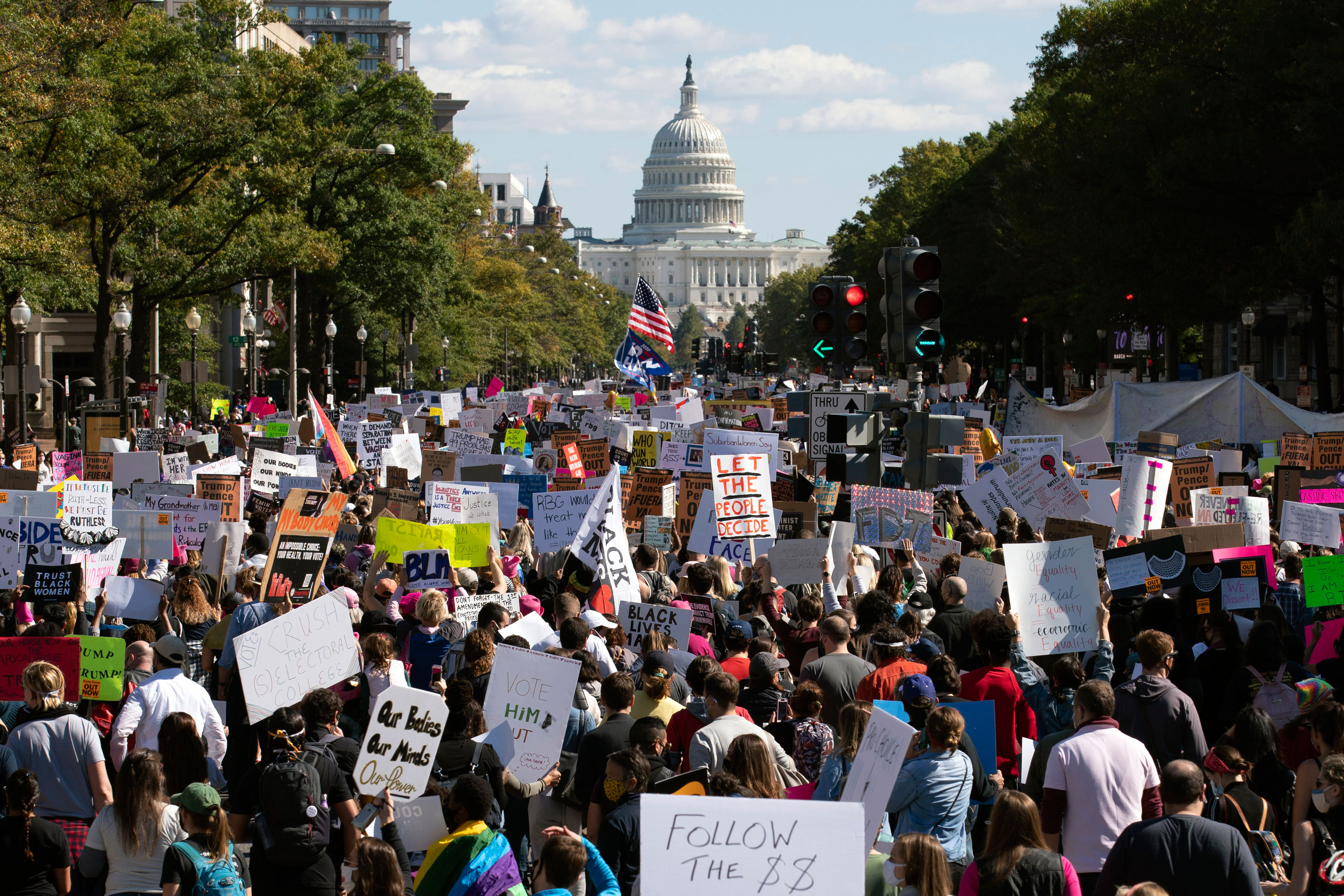