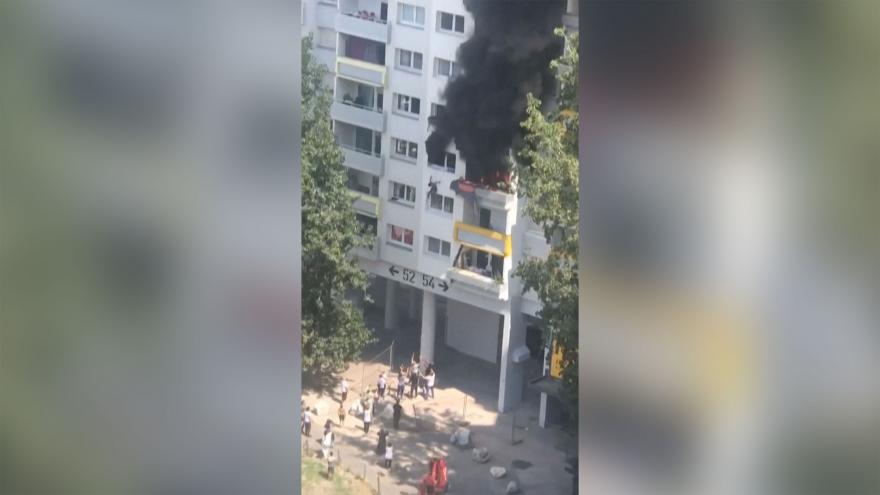 (CNN) -- A crowd of people in France saved two children from an apartment fire, catching them as they jumped from the burning building.

The rescue of the brothers, aged three and 10, happened on Tuesday, reports CNN affiliate BFM, and was captured in remarkable video footage from a nearby building in Grenoble, southeastern France.

In the footage, one child is first dropped into the crowd, while thick black smoke billows from the flat.

The other boy then sits on the ledge for several seconds as neighbors wave him down. The child leaps forward and is again caught by the crowd.

Locals were praised by Grenoble's mayor, who called the rescue "heroic."

One of those who helped the children to safety was Athoumani Walid, who told BFM TV that he heard screams from outside his window when he saw the two children trapped. 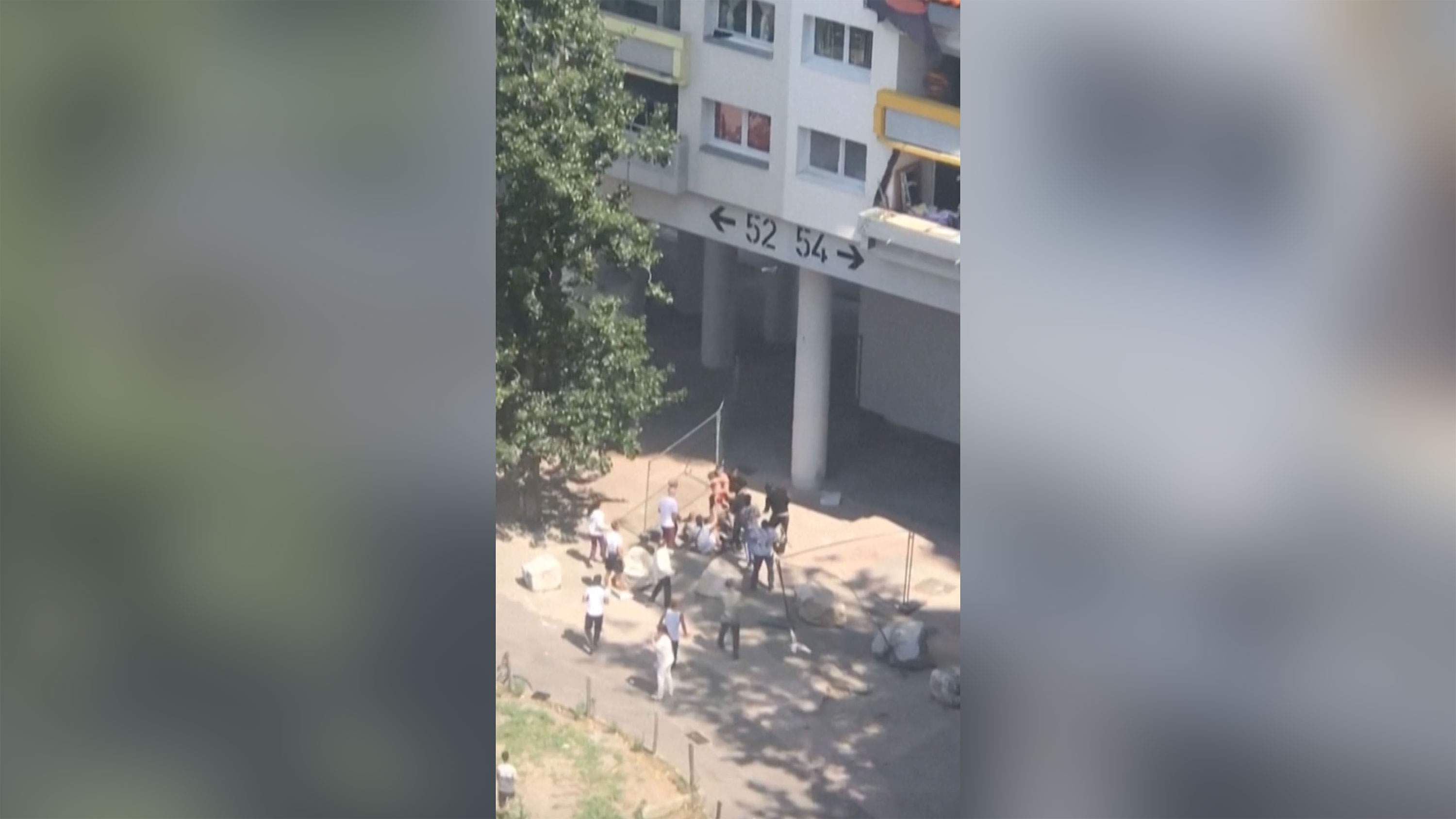 "The eldest one took a lot of courage and a lot of confidence. He put his little brother first. We took him in and we said to the other one, 'Come on, jump, it's your turn, jump,'" Walid said.

"Then he climbed up through the window, he let go, and then we got him again. None of them fell on the floor. No one's hurt."

Walid added: "We saved their lives but they made the right decision to go for it. We had no choice, we had no way to go to them. They were the ones who came to us. They were the brave ones, they were the heroes."

Grenoble's mayor Éric Piolle wrote on Facebook: "I would like to congratulate the inhabitants of Villeneuve who made a heroic rescue of two children trapped in their burning apartment today."

Piolle added: "Hand in hand, they allowed the two little ones to get out unharmed from this drama."

An inquiry into potential negligence has been launched against the boys' parents by authorities in the region, BFM reported.

The children were alone in the apartment because their mother had gone grocery shopping and their father had left for work, state prosecutor Éric Vaillant said, according to BFM.

"The mother had been absent from around 11 a.m. (5 a.m ET) when she went grocery shopping and the dad had left for work around 11.30. At first glance, the mum should have returned before the departure of the husband but was a bit late. The children were not allowed to be left alone," added Vaillant.

Samples were taken by investigators to determine the origins of the fire, which took place in the living room, BFM reported. A total of 14 people were intoxicated by smoke fumes and two firefighters were mildly injured.

The scene bore a resemblance to the 2018 rescue of a child by the so-called "Spiderman" Mamoudou Gassama, a young Malian migrant who scaled several floors of an apartment complex to rescue a child dangling from a balcony.

Gassama was made a French citizen and offered a job in the fire department after footage of his remarkable rescue went viral.