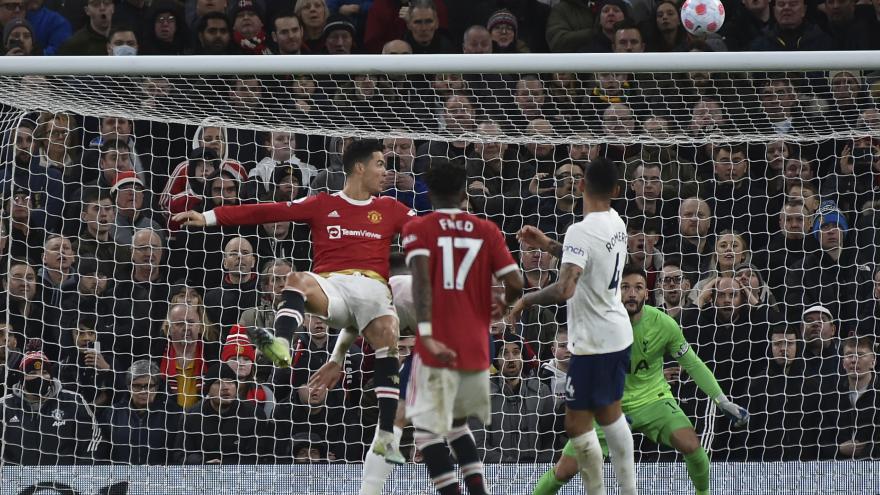 It was the second of three goals the Portuguese attacker scored during the game, leading United to a 3-2 victory over Tottenham and finishing the day with 807 total career goals. The previous FIFA goal record was held by Josef Bican, with 805 goals.

"Superhuman," Manchester United wrote on Twitter after the match.

Saturday marked Ronaldo's second career hat-trick in the English Premier League and the 59th of his career.

"Nothing beats the feeling of being back on the pitch and help the team with goals and effort," he wrote on Instagram after the game. "We've proven once again that we can beat any team in any given day, as long as we work hard and stand together as one."

Ronaldo, 37, holds the all-time records for most Champions League goals (140) and most international goals in men's world football (115).

The five-time Ballon d'Or winner began his club career with Portuguese side Sporting CP before joining Manchester United in 2003.

After six seasons with United, he moved to Spanish La Liga giant Real Madrid, where he accumulated 450 goals in 438 games during his nine years at the club.

He returned to the Red Devils in August, after two seasons with Italian side Juventus.

With Saturday's victory, United secured three points and a move into the top four of the league table. The top four teams in the English Premier League secure a Champions League berth.