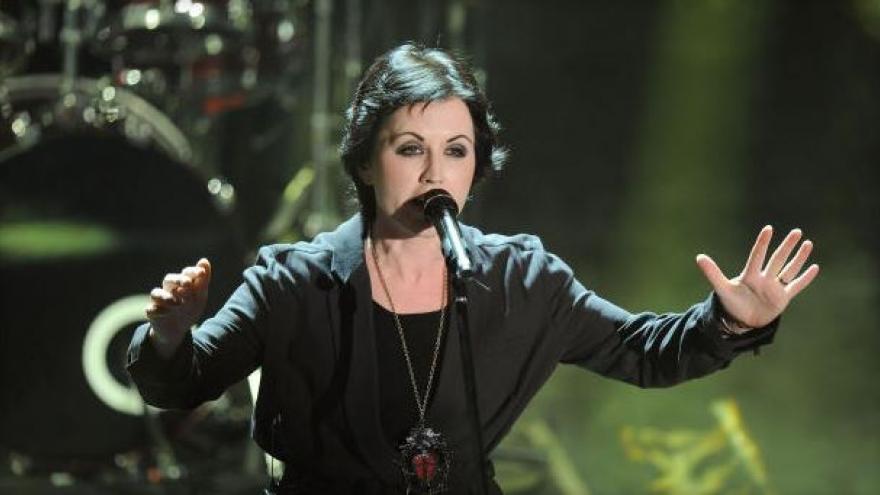 Dolores O\'Riordan of The Cranberries performs on stage at the closing night of the 62th Sanremo Song Festival at the Ariston Theatre on February 18, 2012 in Sanremo, Italy. DANIELE VENTURELLI/GETTY IMAGES

O'Riordan died in London, where she was recording, publicist Lindsey Holmes said. The cause of death wasn't immediately available.

Holmes said the singer's family is "devastated" by the news.

Formed in Limerick, Ireland, The Cranberries became international stars in the 1990s with hits including "Zombie" and "Linger" that fused the alternative rock edge with poppy tunefulness.

The band split up in 2003 but reunited several years later. The Cranberries released the acoustic album "Something Else" in 2017 and had been due to tour Europe and North America. The tour was cut short because O'Riordan was suffering from back problems.

In 2014, O'Riordan was accused of assaulting three police officers and a flight attendant during a flight from New York to Ireland. She pleaded guilty and was fined 6,000 euros ($6,600).