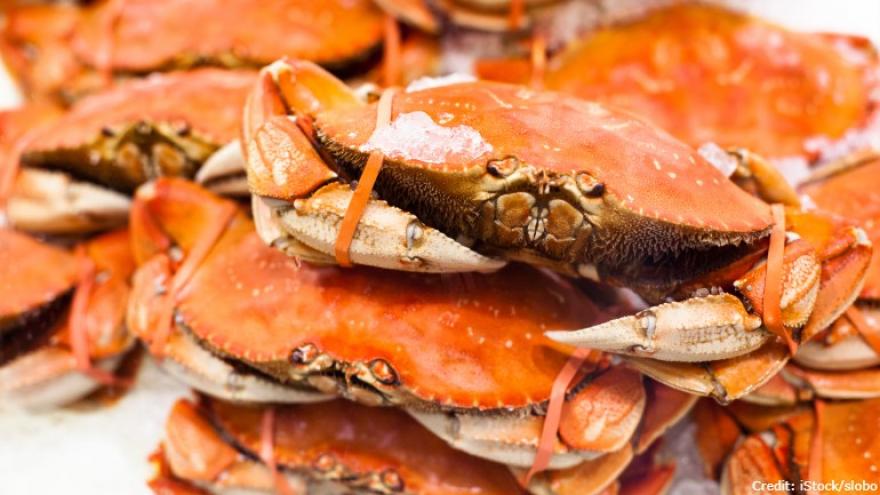 SANTA CRUZ, California (KSBW) -- The migration of humpback whales will delay the start of the commercial crab fishing season and it could eliminate Dungeness crab from your holiday table.

It's not only commercial crabbers who are impacted but recreational fishermen too. It's the first both have been impacted at the same time.

"So, these trailer lines here, used to be a lot longer, " said crab fisherman, Tim Obert.

Crabbers have shortened lines and tightened others so that humpback whales and sea turtles don't get tangled in the wires.

But despite attempts to keep their lines out of harm's way, delays are based on how many whales are spotted during a risk assessment and mitigation program.

"We're waiting for the word from them to see what's up there. They're going to take the planes up and look around and they got boats doing surveys. If they say the coast is clear then we get to go out," Obert said.

The fishing area is broken into six zones — zone of concern for the Central Coast are zones three and four which is essentially Bodega Bay south to Monterey.

Surveys were conducted two weeks ago, according to Fish & Wildlife and the counts ranged up to nearly 100 whales.

"What it means for us is the migrations ... the humpback whales migrate out of California water over Wintery grounds down in Central America and Mexico. What it means is that migration has not happened in bulk," said Ryan Bartling, California Department of Fish & Wildlife Marine Region, Sea Environmental Scientist.

"We're looking at the standard crab hoop that they are proposed to use," Bartling said.

They are not allowed to use crab traps. Instead, they must use fishing snares and hoop nets.

"It just sets me back. I've retired so I go out a couple of times a week going fishing," said Forrest Sladwick, of Watsonville.

That means, that shops like H&H Fish Market plan to order crab from Oregon for customers.

"You'll probably see more crabs on the market this year coming from up north and whatnot. Like for me, being retailed being aced out of I'll probably bring some crabs from up north, where they're starting to open up from up there," said Hans Haveman of H & H Fish Market.

A new opening date has not yet been announced — and the clock is ticking.