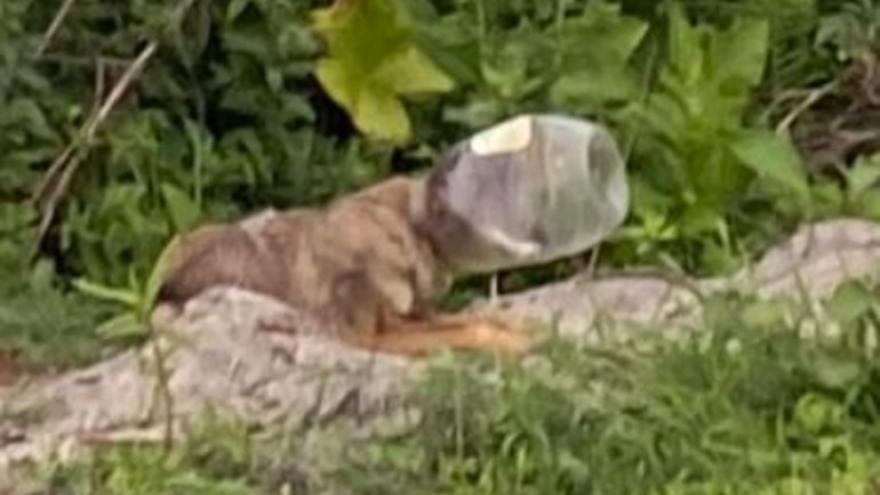 Jupiter, Florida (WFOR) -- A wild coyote with a plastic jar stuck around its neck for days, is resting comfortably in rehab at a wildlife sanctuary in Jupiter.

The coyote was captured by members of WILD Florida Rescue, a Brevard County nonprofit that organized a four-day search for the animal spotted with its head trapped in a plastic jar.

The coyote was seen over several days running through Sebastian with what was thought to be a cheese puff bucket on its head.

It turned out to be a sourdough pretzel bucket, and it was making it impossible for the animal to eat or drink anything. It was also making it difficult to breathe.

As the days wore on, those tracking her could tell she was getting weaker and weaker. They didn’t think she could go on for much longer.

Finally, on Feb. 18, rescuers managed to catch her and took her to the Busch Wildlife Sanctuary.

She is currently in rehab after being cleaned up and given antibiotics for the wound on her neck from the bucket, and wounds around her ears.

They say she’s eating great and putting on weight.

Her wounds are still healing and they hope to release her back into the wild soon.

Coyotes are found in every county in Florida. Florida Fish and Wildlife says the animals follow food, whether in a wooded/grassy area or a neighborhood in any part of the state.

They are usually very shy around people.