Covid vaccines are on the way for younger children. Here's why they're different 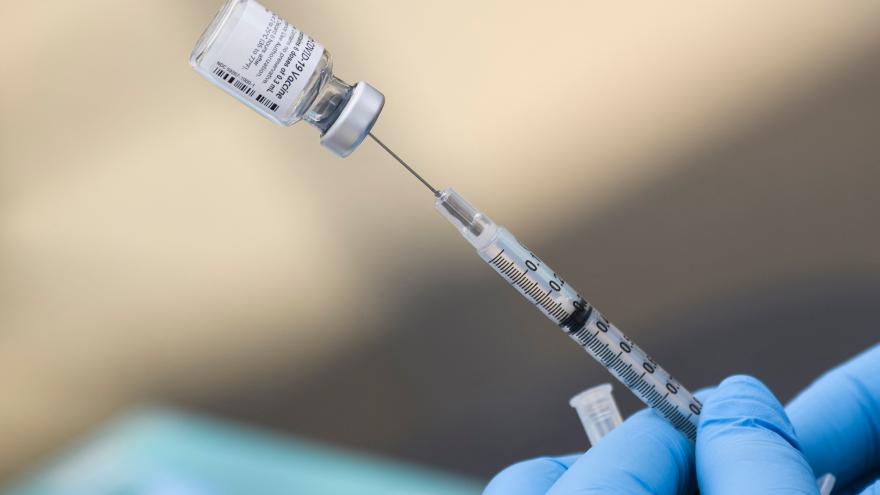 It's now discussing these findings with the US Food and Drug Administration, and Dr. Scott Gottlieb, a former FDA commissioner who is also on the board of Pfizer who may not have direct knowledge but who certainly has the basis to make an informed guess, says kids 5 and older could be getting Covid-19 shots by the end of October.

But the vaccines these younger kids get will almost certainly be different than the shots teens and adults have been getting, at least in terms of the dose. Here's why it's different, and what you need to know about Covid-19 vaccines for younger people:

Children have different immune systems from adults. Knowing this, Pfizer tested varying doses in its trials of children 5 to 11. Kids, it turns out, have a strong immune response even to lower doses. So children under 12 will almost certainly be getting a 10-microgram dose of vaccine, compared with a 30-microgram dose for adults.

In fact, most adults could get by with lower doses, too, says Dr. Robert Frenck, who leads vaccine trials at Cincinnati Children's Hospital.

"But the 65 and above, they did not respond as well to the lower doses and so that's why we chose that 30-microgram dose, across the adult age range from 18 to above."

Frenck said there wasn't any time -- nor any reason -- to finesse the dosing last year. "During a pandemic we wanted to get a vaccine out quickly," he told CNN's John Berman.

"We knew we needed the 30 micrograms for the 65 and above to get the best immune response and we also knew that the 30 micrograms was well tolerated in the younger adults. So we just used that one dose for everybody."

So even older children won't miss out if they get the smaller dose.

"My guess is that if we gave a 12-year-old a 10-microgram dose that they would still have a similar immune response as a 30-microgram dose, but we don't have the data for that," he said.

For the youngest children -- children under 5 -- doctors are testing a 3-microgram dose of vaccine.

This lower dose keeps side effects to a minimum

Frenck said so far, the Pfizer vaccine appears very safe in younger children. "What we found is that the side effects in the children really mirrored exactly what we saw in adults," he said.

"So the most common thing is pain at the injection site. Also having headache, and maybe fatigue. Fevers and chills were unusual -- only around 10 to 11% of the children having those. Similar to the adults, or identical to the adults, is that side effects lasted a day or two and then people were back to normal."

Many parents may be worried about reports of a rare heart inflammation called myocarditis, which has been seen with both Moderna's and Pfizer's vaccines.

"And so the myocarditis -- which means swelling of the muscles of the heart -- we have seen that as a rare side effect has been associated with it looks like the second dose of either the Moderna or Pfizer vaccine," Frenck told reporters.

"Rare meaning in the likelihood of a few per 100,000, so it's still like a 99.999% chance that this won't happen. It's been almost all in teenage boys, and it's been mild been treated with Motrin (ibuprofen), and they've gotten better."

The only two side effects that did not appear in clinical trials were the rare instances of myocarditis that were easily treated, and blood clotting seen among mostly older women who got the Johnson & Johnson or the AstraZeneca vaccine, Frenck noted.

"Beyond the clinical trials now, we've given literally hundreds of millions of doses of vaccine to adults and teenagers throughout the country," Frenck said.

"You can get any vaccines together that's necessary," Frenck said.

"The only restrictions is if we have live viral vaccines, like with chickenpox and measles, if they don't get those on the same day we'd like to space them at least a month apart. But for the Covid vaccines, they can be given with the flu vaccine," he added.

Other Covid-19 vaccines are in the pipeline

"We finished the enrollment of the 6 to 11 years of age, and it's now on a planned to pause just to review the data and look at the dosing," he added.

The Moderna vaccine, which is authorized for people 18 and older, has been formulated at a higher dose than Pfizer's -- 100 micrograms, compared to a 30-microgram dose for the Pfizer/BioNTech vaccine -- although both of these vaccines use a technology called mRNA or messenger RNA to deliver instruction to the immune system.

Moderna has filed with the FDA for emergency use authorization for children 12 to 17. It expects to have data ready on younger children later this year.

Johnson & Johnson says it is in "active discussions with regulatory authorities regarding our development plan and trial designs" for teens and children and expects to start trials in the fall.

Plus, Frenck said, companies are beginning to test nasal spray formulations of the vaccine -- needle-free vaccines that resemble the FluMist vaccine given to prevent influenza.

"I do think vaccinating children will have a significant impact on helping control the pandemic," Frenck said.

While kids mostly experience mild disease and are far less likely to end up in the hospital than adults, they can and do get severely ill. According to the US Centers for Disease Control and Prevention, 548 children have died of Covid-19 in the US so far.

"If we could get the 40% of people that aren't vaccinated vaccinated, that would give us more bang for our buck than trying to get boosters into everyone now," Frenck told CNN.