Covid-19 reinfections are rare, but more common in people 65 and older, study finds 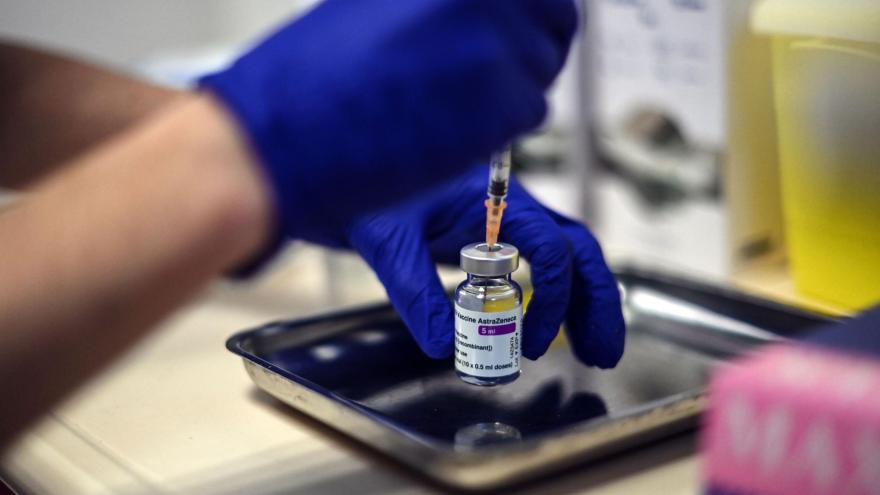 (CNN) -- Coronavirus reinfections are relatively rare, but it's more common for people 65 and older to get infected more than once, according to a study published Wednesday in the Lancet medical journal.

A team of scientists, including some from Denmark's Department of Infectious Disease Epidemiology and Prevention, noted that most people who have had Covid-19 seemed to have protection from reinfection that remained stable for more than six months. In the follow up after six months, the study didn't find any evidence that protection was waning. But a check of the demographics of who was getting infected again showed it was mostly people 65 and older.

The older age group had only about 47% protection against repeat infection, compared to younger people who seemed to have about 80% protection from reinfection, the team wrote. The finding is not completely unexpected, since as people age their immune systems weaken.

"Given what is at stake, the results emphasize how important it is that people adhere to measures implemented to keep themselves and others safe, even if they have already had COVID-19," study co-author Dr. Steen Ethelberg of the Statens Serum Institut in Denmark said in a statement.

"That's a very stark difference," said Dr. Amy Edwards, an infectious disease specialist at University Hospitals in Cleveland who was not involved in the study.

"I think it really emphasizes how important it is to make sure that we vaccinate everybody over 60, whether they've had Covid or not, to protect them against future infections."

In a commentary that ran with the study, immunologists Dr. Rosemary Boyton and Daniel Altmann of Imperial College London called the difference in reinfection rate "relatively alarming."

"Only 80% protection from reinfection in general, decreasing to 47% in people aged 65 years and older, are more concerning figures than offered by previous studies," they wrote. "These data are all confirmation, if it were needed, that for SARS-CoV-2 the hope of protective immunity through natural infections might not be within our reach and a global vaccination program with high-efficacy vaccines is the enduring solution."

The researchers analyzed testing data from Denmark involving 10.6 million coronavirus tests taken by about 4 million people, or about 69% of the country's population.

But 3.6% of people 65 and older got infected again in the second wave.

This is not unexpected, due to what's known as immunosenescence -- the gradual deterioration of the immune system that comes with age.

"There's a reason why people over 60 have to get extra vaccines to boost their immunity to various infections, because we know that the immune system starts waning in later life," Edwards said.

One nice thing about the mRNA vaccines, like Pfizer and Moderna's, Edwards said is that the vaccines do seem to overcome some of the immunosenescence concerns because they produce such robust protection.

"We just don't know yet if people will need to get boosters or not, but it'll be interesting to watch that and see how that plays out," Edwards said.

This study is in keeping with earlier research. Other studies have found that the reinfection rate was less than 1% and immunity could last five to six months following a Covid-19 infection.

One limitation of the study is that it looked at infections before there were a lot of the variants in circulation, so it's unclear what impact that could have on the reinfection rate. That's something scientists will have to look at going forward.