Covid-19 antibodies present in about 1 in 5 blood donations from unvaccinated people, according to American Red Cross 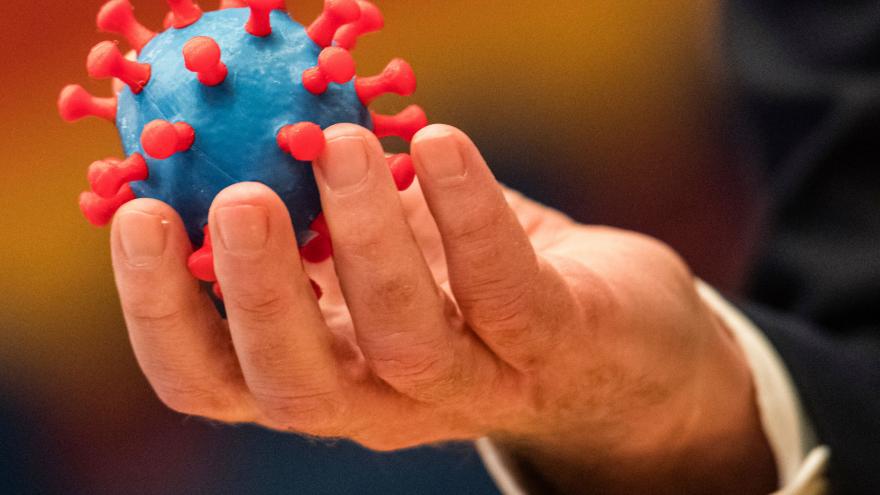 (CNN) -- In the first week of March, more than 20% of blood donations from unvaccinated people had Covid-19 antibodies, according to data shared with CNN by the American Red Cross.

Between mid-June 2020 and early March 2021, the American Red Cross tested more than 3.3 million donations from unvaccinated people in 44 states for the presence of Covid-19 antibodies. Overall, about 7.5% of the donations tested in that time frame were positive for Covid-19 antibodies, meaning the donors had likely been infected with the coronavirus at some point.

The American Red Cross notes that "a positive antibody test result does not confirm infection or immunity," but it may indicate whether a person has been exposed to the coronavirus, "regardless of whether an individual developed symptoms." The antibody prevalence among unvaccinated blood donors increased over time, as cases grew across the country.

"Blood donors are not a random sample of the general population, but they're interesting," said Dr. William Schaffner, a longtime adviser to the US Centers for Disease Control and Prevention on vaccines.

Schaffner said there are two things we can be impressed by.

Herd immunity is the point at which enough people are protected against a disease that it cannot spread through the population. It can be achieved when enough individuals have antibodies to the virus.

People who recover from the coronavirus have some protection from the virus, although scientists still don't know how long it lasts or how sturdy it is against the emerging coronavirus variants. Getting a Covid-19 vaccine stimulates the immune system to artificially provide protection.

"Both of them contribute to the goal of getting to 80%," Schaffner said.

The percentage of the US population that needs to be vaccinated for the nation to reach herd immunity remains "an elusive number," Dr. Anthony Fauci, chief medical adviser to President Joe Biden, said at a White House briefing Monday.

"We should not get so fixated on this elusive number of herd immunity. We should just be concerned about getting as many people vaccinated as quickly as we possibly can," said Fauci, director of the National Institute of Allergy and Infectious Diseases.

"Because herd immunity is still somewhat of an elusive number, we made a projection of what it would likely be. I've said many times, somewhere between 70% and 85%, but we don't know that for sure. So rather than fixating on that, why don't we just say get as many people vaccinated as quickly as you possibly can," Fauci said. "And every day that goes by now with more than 2 million doses going into people, we're getting closer and closer to control of this pandemic."

In the survey, 67% say they know someone who has been hospitalized or died from the virus. This response was echoed in majorities across all demographic groups, the report notes.

There have been about 29.5 million reported cases of Covid-19 in the United States, according to data from Johns Hopkins University, representing about 9% of the population. But experts estimate the actual number of cases is much higher, which tracks with the findings from the American Red Cross.

The US Centers for Disease Control and Prevention estimates there were more than 83 million cases by the end of December, meaning more than a quarter of the population would have been infected at the end of 2020.